Conte’s on the hunt for a striker.

According to the Daily Telegraph, Conte has lost patience with Batshuayi after another poor performance at the weekend, and has drawn up a list of attacking players to target for the winter.

Batshuayi was ineffective for Chelsea during their 2-1 defeat to Crystal Palace last weekend and has had a difficult time at Stamford Bridge since arriving to London from Marseille last summer.

The 24-year-old is yet to score a league goal for the Blues this term and spent the majority of last season playing second fiddle to Diego Costa, while he is now behind summer signing Alvaro Morata in the pecking order.

Benteke, however, would be a surprise choice to replace Batshuayi if the latter were to leave Stamford Bridge, as he hardly looked like a top-six level player at his single season with Liverpool in 2015/16. 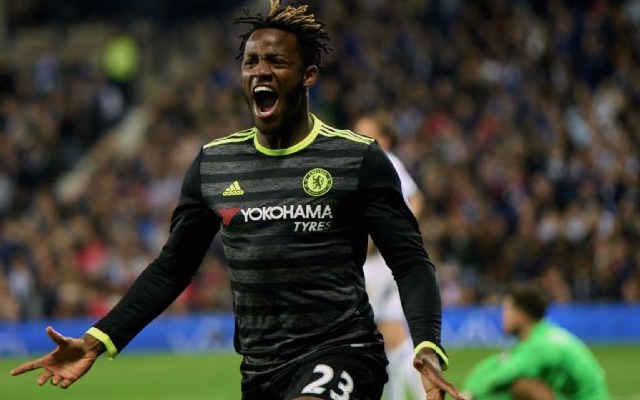 The former Aston Villa front-man is currently at Crystal Palace where he has struggled with injuries. However, he played a vital role in Palace’s campaign to avoid relegation last season, registering 15 goals in the league alone.

The Telegraph add that Chelsea looked into signing Fernando Llorente before he ended up at Tottenham, with Batshuayi likely to have gone out on loan if the Spaniard’s signature had been secured.

Benteke could fill a similar role for the Premier League champions if he is brought in, though it’s questionable if he’d be a significant upgrade on Batshuayi.