It’s not too often the two London rivals sell to each other, but Le Saux was quick to throw up Spurs as an option for a talented young player looking for more opportunities.

‘Unfortunately bringing youth through is not the Chelsea model at the moment,’ Le Saux told the Daily Star.

‘The one club that does youth a chance is Tottenham. Maybe Musonda needs to move across London for his chance to shine.’

Musonda has struggled to develop at Chelsea with the 21-year-old being forced to go out on loan last season to Real Betis to find first-team action. The Belgian midfielder made an impressive start to life in Spain after picking up a man of the match award in his first appearance for the club and then scoring in his second. However, the youngster found himself returning to London in January as his playing time started to decrease.

The Belgian has had just 25 minutes of Premier League action for the Blues thus far this season and has fallen out of favour with many Chelsea fans recently after his angry outburst on Instagram regarding his lack of playing time, as reported by the Metro. 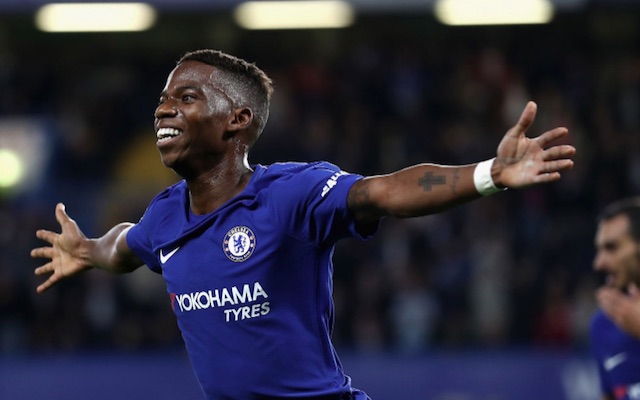 Perhaps given the youngster’s controversial nature Le Saux’s comments are not as bewildering as they first appeared. If the star really wants to further his career it perhaps would be beneficial for him to follow in the footsteps of the likes of Nathaniel Chalobah and Nathan Ake, who did quit Stamford Bridge in pursuit of first-team football in the summer.

Mauricio Pochettino has built his current Tottenham team around a crop of talented young players such as Harry Kane, Dele Alli and Eric Dier, and Musonda could find it the ideal environment for him to thrive.