Liverpool manager Jurgen Klopp has dealt a blow to Alex Oxlade-Chamberlain’s hope of playing in midfield.

Oxlade-Chamberlain moved from Arsenal to Liverpool over the summer with the idea in mind that he was going to play in the centre according to the Daily Mail, however so far this has been far from the case.

The England international has often been deployed in a wide role so far this season, and if Klopp’s words are anything to go by, it doesn’t seem as if this will be changing any time soon. 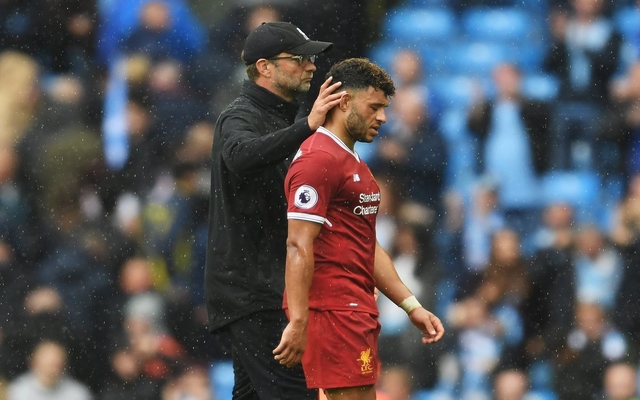 Speaking about Oxlade-Chamberlain, the former Borussia Dortmund boss said “Without training and playing in the middle of the park it doesn’t make sense. It is not good for him, and it is not good for us, and at the moment when he is training he trains on the wing.”

The 24-year-old hasn’t had the best of starts to his Reds career, as the Englishman has only managed to score once in eight appearances in all competitions so far this season.

The Englishman scored his first goal for the Merseyside club on Tuesday in his side’s 7-0 demolition of Maribor in the Champions League.

During his time at Arsenal, Oxlade-Chamberlain enjoyed a successful time, as the midfielder won three FA Cups and three Community Shields.

The player also amassed a decent personal record with the Gunners, as he managed to score 20 and assist 32 in 198 appearances for Arsene Wenger’s side.

In terms of the national side, the Liverpool star clocked up a fairly good record for the Three Lions, as he’s scored six in 30 appearances for Gareth Southgate’s side.

It seems as if Oxlade-Chamberlain’s dreams of playing in midfield may be just that.