Will Liverpool let him go?

Liverpool star Philippe Coutinho is reportedly confident he can get his dream transfer to Barcelona this January after his fine start to the season.

The Brazil international supposedly feels he is fulfilling his side of a deal with Liverpool by performing for them in the Champions League group stages.

Coutinho bagged a goal and two assists in the 7-0 thrashing of Maribor last night, with Diario Gol claiming the Reds had been keen to keep hold of the 25-year-old attacker for at least the first half of this season.

Jurgen Klopp will have his eyes on a knockout spot by the time January comes around, and Coutinho believes that by then he will be allowed to finally quit Anfield for the Nou Camp.

As noted by BBC Sport, Liverpool rejected three bids from Barcelona for Coutinho during the summer, but the player does not expect such resistance in the winter after keeping to his word. 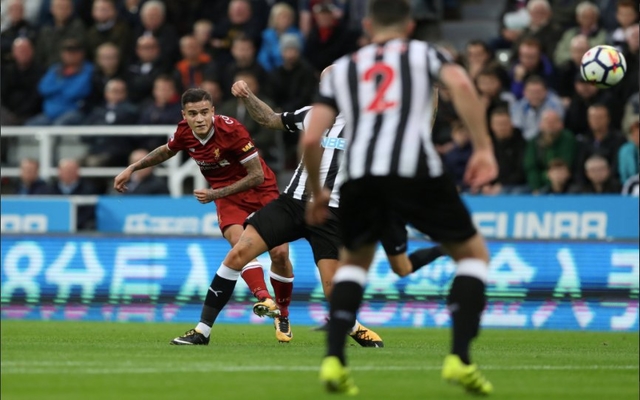 However, various reports suggest Barca are now looking at alternatives in that part of the pitch, with Don Balon even suggesting they could swoop instead for his team-mate Ben Woodburn.

Sport have also linked the Catalan giants with a move for Tottenham playmaker Christian Eriksen, with the club’s sporting director Robert Fernandez spotted scouting the Dane at last night’s Champions League match between Spurs and Real Madrid at the Bernabeu.

Still, Coutinho is clearly hopeful that he will finally be allowed to make his desired move and become a Barcelona player for the second half of this season.