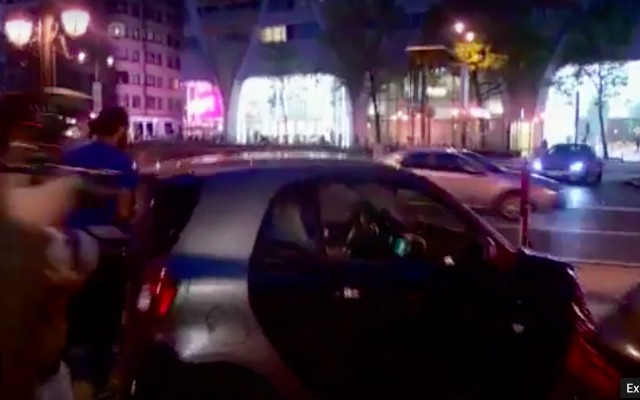 What was he doing there?

Manchester United midfielder Marouane Fellaini has been spotted leaving Paris Saint-Germain’s hotel in Belgium ahead of their Champions League clash against Anderlecht this evening.

The Red Devils star is currently out of action for his club due to injury, but has clearly found ways to fill his time as he waits to make his comeback on the pitch.

It remains to be seen what the precise cause of Fellaini’s visit to the hotel where PSG’s players are staying was, with the former Everton man surely not set for a transfer to the Parc des Princes.

While few can question Fellaini’s importance to United’s team this season, he doesn’t quite look like the calibre of player PSG would necessarily be desperate to have lining up alongside Neymar, Kylian Mbappe and co.

Fellaini was spotted getting into his smart car outside the hotel by French channel RTL, with the Metro claiming he may have been there to visit fellow Belgian Thomas Meunier.

This slightly awkward incident also follows speculation from the Sun that PSG are interested in appointing United boss Jose Mourinho as their manager next season.

Still, unless Fellaini is his agent, there’s probably not a great deal to be worried about here…