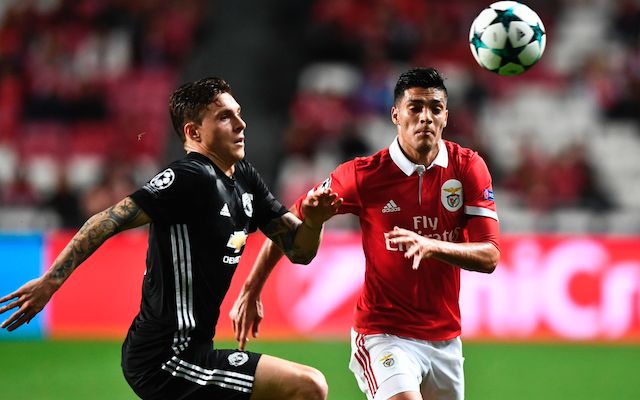 Manchester United were gifted three points at the Estadio da Luz tonight as a Benfica mishap gifted them a 1-0 victory.

The Portuguese side finished the game with ten men after seeing their captain Luisao sent off in the final minute for a second yellow card offense.

Marcus Rashford grabbed the only goal of the game in the 64th minute following an embarrassing mishap from Benfica goalkeeper Mile Svilar. Silvar was making his Champions League debut for Benfica and at just 18-years of age became the youngest ever goalkeeper to play in the Champions League breaking a record set by the legendary Iker Casillas.

Rasford’s 40-yard free-kick will be one to forget for the teenage ‘keeper who comfortably collected the Englishman’s delivery before stumbling behind his own goal line to give United the lead.

United were troubled little at the back and collected the three points with no major scares. The Reds now sit top of Group A with three wins from three as their qualification to the knockout stage is all but guaranteed.

The only concern for Jose Mourinho will be the exit of Rashford who limped off with a knee injury on the 76th minute to be replaced by Anthony Martial. United fans will be hoping there is no serious damage to the Englishman ahead of their next Premier League fixture away to Huddersfield this Saturday.

As well as that, fans may also be disappointed by another quiet game from summer signing Romelu Lukaku, who failed to deliver in the 0-0 draw against Liverpool at the weekend and who had another frustrating night here.