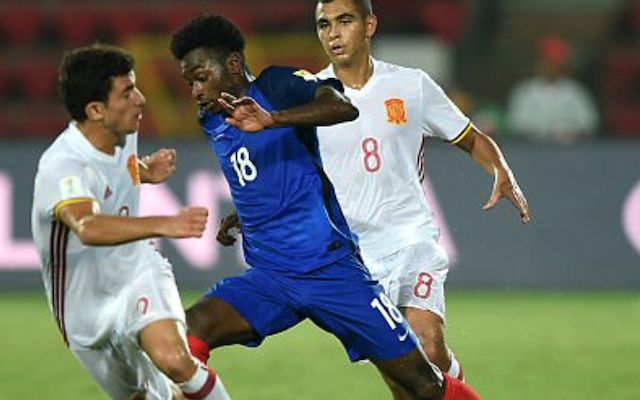 He looks a big talent!

Arsenal, Manchester City and Chelsea are all said to be interested in securing the signature of the French teenager Lenny Pintor.

The 17-year-old is hot property with the Mail Online reporting that all three Premier League clubs are keeping a close eye on the talented star.

Pintor recently signed his first professional contract with second-tier French side Brest but has caught the eye of the Premier League trio while playing in the U17 World Cup.

France won all three of their opening games in India during the World Cup and finished on top of their group with nine points. Pintor impressed immensely during the group stage and continued his fine form into the knockout stage.

Unfortunately for France they were knocked out in the knockout stages by Spain following a 2-1 defeat in the round of 16. However, Pintor did manage to bag the only French goal during the defeat.

The teenager is yet to make a full-appearance for his club but will be closely monitored during his return from India after his performances in the U17 championships.