Real to make a raid on Arsenal?

Real Madrid president Florentino Perez has reportedly made Arsenal right-back Hector Bellerin one of his top transfer targets to solve his club’s issues in defence.

Having sold Danilo to Manchester City in the summer, Real are short of depth on the right-hand side of defence, particularly with Dani Carvajal currently out injured.

18-year-old Achraf Hakimi lined up in that position against Tottenham in this week’s Champions League clash at the Bernabeu, but Perez is understandably concerned that Zinedine Zidane could do with more top class options in that part of the pitch.

According to Don Balon, this has seen the Real president turn his attention to Bellerin, who has impressed as one of the most exciting young players in the Premier League during his time with Arsenal.

The Spain international became a regular for the Gunners in the 2014/15 season, taking the place of Mathieu Debuchy while he was out injured and never looking back since.

Bellerin is now considered one of Arsenal’s most important players, and Don Balon add that his fine form also attracted interest from his former club Barcelona in the summer. 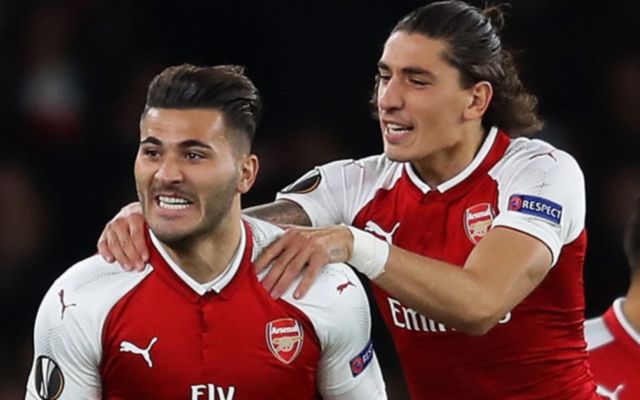 Real would dearly love to swoop for a player still regarded highly by their most fierce rivals, and it’s easy to see how a player of Bellerin’s quality could fit in at the Bernabeu.

Arsenal, however, will want to avoid losing more big names as they sweat over the futures of Alexis Sanchez and Mesut Ozil ahead of this summer.

Both players are set to be out of contract at the Emirates Stadium, so potentially losing Bellerin as well is surely out of the question for manager Arsene Wenger.