Antonio Conte endured another difficult night for Chelsea as they were held to a 3-3 draw by Roma, and Eden Hazard gave him another headache after the game.

The Belgian did not sound at all happy to be substituted off by the Blues boss, having scored twice to provide the only real spark in their attack throughout a difficult evening at Stamford Bridge.

Hazard was eventually taken off and replaced by Willian in the 80th minute, and speaking afterwards, he didn’t seem to understand Conte’s thinking with the decision at all.

‘I don’t know, I don’t know (why Conte took me off). I think sometimes the manager wants me on the bench at the end of the game,’ Hazard was quoted in the Metro.

‘I pushed to the maximum, I’ve just come back from the injury, so he made his choice. 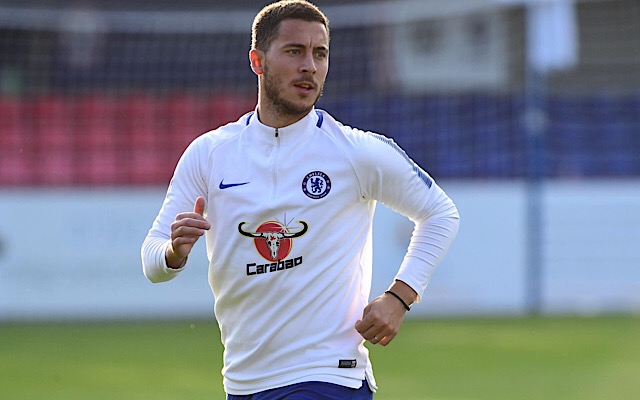 ‘Sometimes the guy who comes on the pitch scores the goal, so I have nothing to say about this.’

In the end, the introduction of Willian did not have the desired impact for Chelsea as they chased a win, and Blues supporters will surely agree with Hazard that the decision to take him off perhaps didn’t seem the best option.

Conte has been keen to ease the 26-year-old back since his long injury layoff, but he was on top form against Roma last night and might have just found one more moment of magic in his locker to turn a draw into a win.