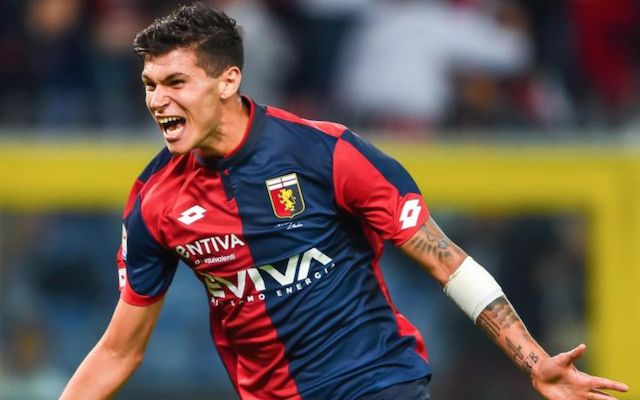 Man United and Chelsea have entered the race to sign the 16-year-old superstar Peter Pellegri from Genoa.

Italian sports outlet CalcioMercato have reported that the two Premier League clubs will look to fight off interest from AC Milan, Juventus and Inter to bring the wonderkid to England.

Pellegri is a centre-forward who is highly-regarded amongst the Italian game despite his tender age. Almost every major club in Italy has been linked with the star and it would appear that his time at Genoa is certainly coming to an end.

The teenager has yet to make an appearance for Italy’s first team but has been capped at U19 level where he has played with individuals three years his senior.

The Sun have reported that Genoa president Enrico Preziosi has priced the youngster at between £35m-£40m as he looks to cash in on one of the most exciting talents Genoa have seen come through their ranks in the last decade.

£35m is a slightly ridiculous price for a player who probably still lives with his mum and would be sitting his GCSE’s this summer had he grown up in England. It really does personify the crazy times that football operates within at this current moment!