Diario Gol claimed earlier this week that a dialogue had begun between Kane and Madrid over a possible deal, but it’s now claimed Ramos isn’t entirely convinced by the England international.

Although Kane shone against Real Madrid in the Champions League, Ramos didn’t give the most glowing feedback of the striker in discussions with Perez after the game.

According to latest claims by Diario Gol, the Spain international would rather see Los Blancos pursue a move for Spurs playmaker Christian Eriksen, who is another of Mauricio Pochettino’s players enjoying a fine season.

There could then be a transfer battle with rivals Barcelona on the cards, with Sport reporting yesterday that the Catalan giants’ sporting director Robert Fernandez was in attendance at the Bernabeu to run the rule over Eriksen. 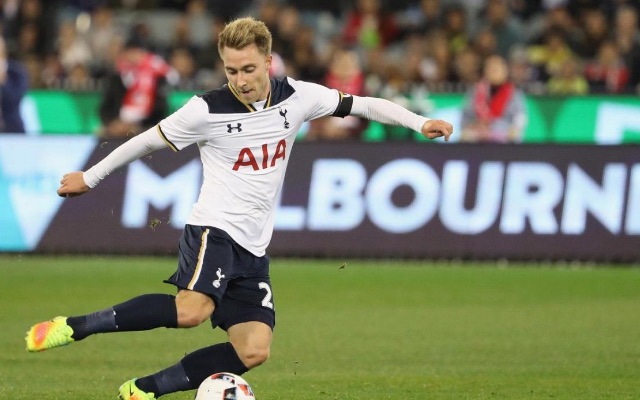 With Tottenham’s superb rise under Pochettino, it is little surprise to see elite European clubs showing a growing interest in the players who have shone most under the Argentine tactician.

Kane, 24, has 16 goals so far this season and looks one of the most lethal strikers in the game at the moment, while Eriksen is the creative force in Spurs’ midfield and has contributed three goals and three assists so far this term.

Both could surely fit in well at one of La Liga’s big two, but for the moment it seems Ramos is keen for his club to prioritise a move for Eriksen over Kane if they are to raid Tottenham at any point in the near future.