Surely this wouldn’t be enough??

Arsenal are reportedly asking for as little as £35million for star defender Hector Bellerin amid rumoured interest from Spanish giants Real Madrid.

Don Balon reported yesterday that Real were looking at Bellerin as an option at right-back, due to a lack of current cover for injured star Dani Carvajal.

There is now further speculation over the Spaniard’s future at the Emirates Stadium, with Diario Gol claiming there has already been some contact made over a possible deal.

Most surprisingly, Arsenal are claimed to be setting Bellerin’s asking price at just £35m – a fee that seems staggeringly low in this current market, especially given his contract situation in north London.

The 22-year-old, who is regarded as one of the top full-backs in the Premier League at the moment, only recently extended his contract with Arsenal, keeping him at the club until 2022, at least in theory.

As well as that, Kyle Walker just moved between Tottenham and Manchester City for as much as £45m in the summer, according to BBC Sport‘s claims at the time, with many Arsenal fans bound to argue their right-back is worth at least as much as that, if not more. 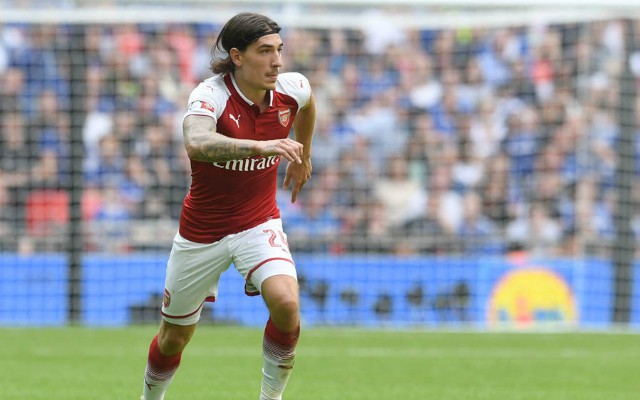 Bellerin still has his best years ahead of him after a remarkable breakthrough with the Gunners as a youngster, and Real’s interest shows he is cut out to play at the highest level.

Arsenal are known for being something of a selling club and have let many of their best players go when Europe’s elite have come calling in recent years.

Still, fans will hope they aren’t so weak in the transfer market that they’d let one of their best players leave for so cheap when there is little pressure for them to do so, and with the market surely dictating that they could ask for a great deal more for him.