Could he head to Arsenal or United?

Arsenal and Manchester United are reportedly interested in signing Borussia Dortmund forward Marco Reus after he recently indicated he could leave the club at the end of his contract.

The Germany international has long been linked with a big move to the Premier League after shining during his time with Dortmund, and the Sun claim he remains a favourite of Arsene Wenger and Jose Mourinho despite his recent injury woes.

Reus’ contract is currently due to expire in 2019, though the Sun claim Dortmund are confident of keeping hold of their star attacker by tying him down to a new deal.

Still, the report also adds that Reus himself recently suggested he could be open to a new challenge once his deal does expire, which may seemingly tempt Arsenal and United into action.

Both Wenger and Mourinho could do with more quality in that attacking midfield area at the moment, with the two managers facing some doubts over their current options in that area. 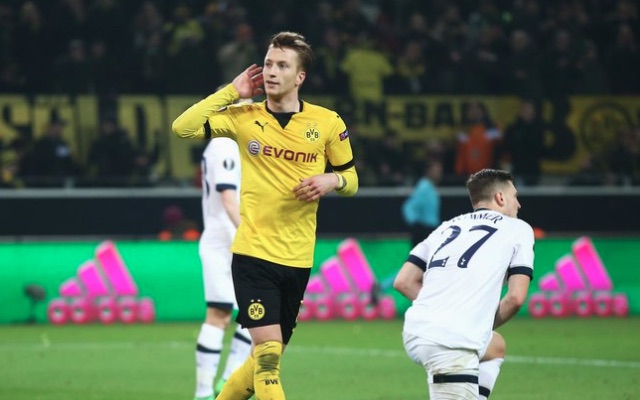 At Arsenal, Mesut Ozil is yet to sign a new contract and is set to become a free agent in the summer, while Juan Mata is in the same situation at Old Trafford.

The Gunners look particularly weak at the moment after an unconvincing start to the season, with Ozil yet to perform when he has been included in the team, and if Reus stayed fit he could arguably be seen as an upgrade on his fellow German.

Still, the 28-year-old is yet to play for Dortmund this season and managed only 24 appearances in all competitions last term due to his ongoing struggles with injuries.