Who has the better squad?

The big game of the weekend is undoubtedly Tottenham hosting Liverpool at Wembley on Sunday, but who’s in better shape going into the highly-anticipated clash?

A quick glance at the table would show that Spurs are the more in-form side so far this term, though there’s not a great deal in it as just four points separate the two teams.

In terms of squad personnel, however, there’s one clear winner in our combined XI, with Mauricio Pochettino truly working wonders at the club to put together one of the best squads in the country.

Built around some talented young English players, Tottenham have been hugely unlucky to miss out on the Premier League title in the last two seasons, and are really starting to grow on the European stage as well with a fine start in this season’s Champions League. 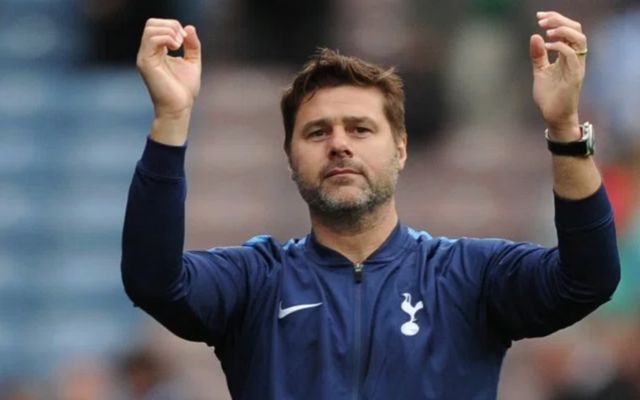 GK: Hugo Lloris or Simon Mignolet/Loris Karius? Sorry, but it’s not even close. The Spurs shot-stopper is one of the best goalkeepers in Europe at the moment, while whoever plays in goal for Liverpool is largely down to who they don’t want playing, rather than by who they do.

RB: This may be harsh on Kieran Trippier, but Liverpool youngster Trent Alexander-Arnold looks a real talent and is fast becoming one of the Reds’ most important attacking outlets from right-back this season.

LB: Who needs Danny Rose? Ben Davies, to his credit, has ensured the England international has barely been missed in his long absence through injury.

CB: Which of Liverpool’s defenders honestly stand a chance? We’ve gone for Toby Alderweireld for one of the two centre-back spots, and – spoiler alert – it’s another Tottenham player in the next one.

CB: Jan Vertonghen joins his fellow Belgian at the back in our Spurs-dominated defence here. Damningly for Liverpool, it’s even debatable if Virgil van Dijk would have got in ahead of these two had he made the move from Southampton in the summer.

DM: One of the stand-out performers of the season for Liverpool, Emre Can has really raised his game and deserves his spot here ahead of even quality performers such as Eric Dier and Mousa Dembele.

AM: Keen to fit in as many of these sides’ quality attackers in as possible, we’ve gone for a 4-1-4-1 formation, and Christian Eriksen is one of the first names on the team sheet.

AM: Alongside the Dane is his fellow Spurs attacking midfielder Dele Alli, who is growing to become one of the most exciting young players in Europe at the moment.

RW: We’ve left Sadio Mane out due to his current injury status, but even he would do well to get into this line up, with Liverpool’s superb summer signing Mohamed Salah getting the nod on the right flank here. With seven goals and two assists so far, he’s surely one of the bargains of the season.

Salah was offered a luxury villa for firing Egypt to the World Cup.

He asked for a donation to his home village instead.

LW: All is forgiven after trying to leave Liverpool for Barcelona in the summer, with Philippe Coutinho’s fine run of form since returning to Klopp’s side earning him a spot on the left here.

CF: Finally, who else but Harry Kane up front? Liverpool don’t even have a recognised centre-forward right now, and how they could do with someone like the lethal England forward, who has 16 goals in 17 games for club and country so far this season.