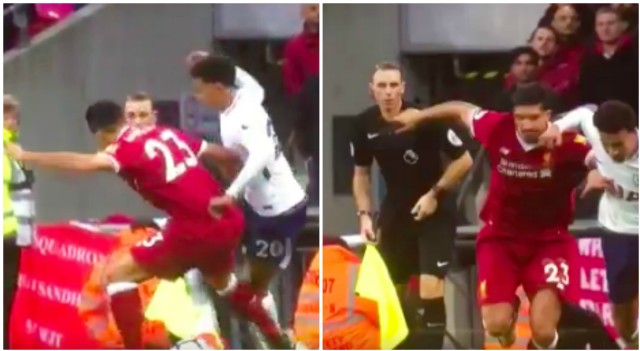 He got a pretty good view of it, to be fair…

We expect our match officials to be impartial, but sometimes football can produce moments so captivating that they’d have to be made of stone not to react.

Tottenham’s Dele Alli brought about that moment today, with the England international absolutely humiliating Liverpool midfielder Emre Can with a filthy nutmeg.

The lino’s face as Dele Alli humiliates Emre Can is priceless?#TOTLIV

Emre Can sent back to nursery by Dele Alli pic.twitter.com/IynkY3TAK0

Can is no slouch, having shone as one of the Reds’ most consistent performers this season, but he was absolutely powerless to prevent this mesmerising piece of skill from Alli in what proved a nightmarish afternoon for his side.

Spurs won 4-1 on the day, with Alli among the goalscorers, though it was this moment of flair that had the linesman awestruck.

Just watch him mouthing ‘wow’ moments after witnessing one of the moments of the match at Wembley – and who can blame him?

Unsurprisingly, the whole footballing Twittersphere were in agreement that this was a moment of real genius and audacity from Alli, with some sympathy also pouring in for his victim…

That man has a family Dele.

Did y'all see what Dele Alli did to Emre Can?

I would literally never kick a ball again if that happened to me https://t.co/Pz7C9ZNoJz

Lol this was disgusting ?? https://t.co/TLDI0MnPx7 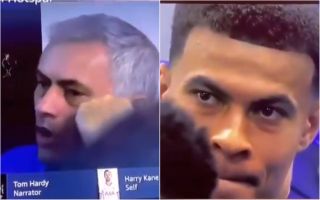