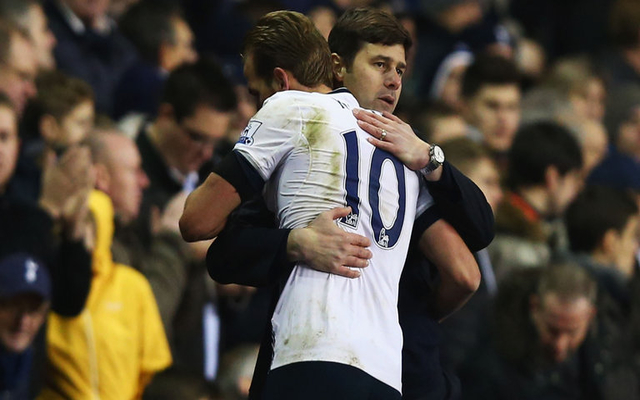 Given their success in recent times, it was arguably to be expected that Tottenham would come under pressure to keep their squad together.

Kyle Walker left for Manchester City this past summer to set the tone, but ultimately Spurs did well to limit it to just one major sale as Mauricio Pochettino was able to strengthen in the transfer market too.

However, for all the quality that they’ve shown over the last two years coupled with the room for improvement that they still have, it might not be enough to fend off interest moving forward.

According to The Sun, Real Madrid are said to be convinced that they’ll sign Harry Kane this summer, with Tottenham unlikely to accept anything less than the £198m paid by Paris Saint-German to sign Neymar in the summer, as per the report.

Kane has been prolific over the last three seasons, scoring 94 goals in 139 games for Tottenham, while he’s got 11 in 11 appearances so far this year.

In turn, it’s no surprise that the 24-year-old has earned himself interest from Real Madrid, and it’s difficult to see them not getting their way eventually. The opportunity to play for a giant of European football with the chance to consistently win major honours is surely too much to ignore even for Kane who has publicly expressed his desire to stay with Tottenham on numerous occasions.

Meanwhile, the report also adds that Pochettino is a future target for Madrid, who are considering him as an ideal successor to Zinedine Zidane. However, given the Frenchman’s rate of success since taking charge, it’s unlikely that they’ll be rushing to make that change.

It’s been quite the progression for Pochettino too in recent years, from his spells with Espanyol and Southampton, to building a superb squad at Tottenham and ensuring that they consistently challenge at the top of the Premier League table, guiding them to third and second place finishes respectively in the last two years.

He’ll be desperate to push them on to the next level this season and beyond, but it appears as though Real have set their sights on him too.