Gleeful Tottenham fans were brought back down earth with a bump towards the end of their 4-1 win over Liverpool on Sunday as star man Harry Kane limped off the pitch amid fears he might have suffered a hamstring injury.

Kane – who was named as the man of the match after scoring two goals and laying on one assist – then gave a live interview with Sky Sports but reporter Geoff Shreeves did not ask him about his injury… not during the televised bit, at least.

He wrote: “Sky’s @GeoffShreeves asks Harry Kane a piffling question about Kobe Bryant, but nothing on why he went off clutching his hamstring. Bizarre.”

Shreeves – who famously gives mid-match injury updates on EA Sports’ FIFA games – quickly replied and told Jake that Kane was OK, based on his off-air conversations with Spurs manager Mauricio Pochettino and the man himself. 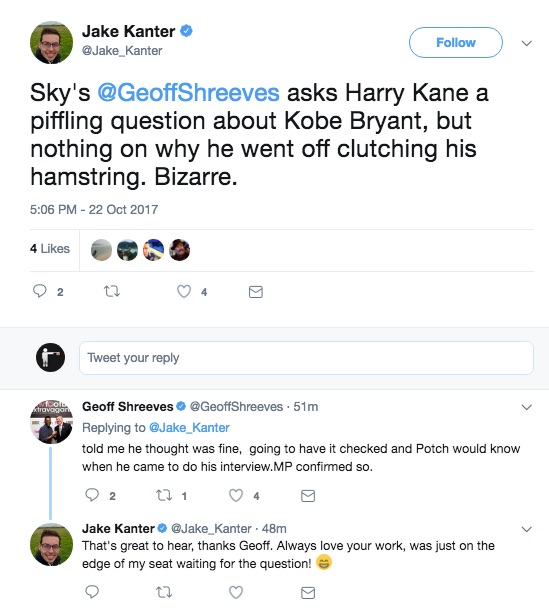