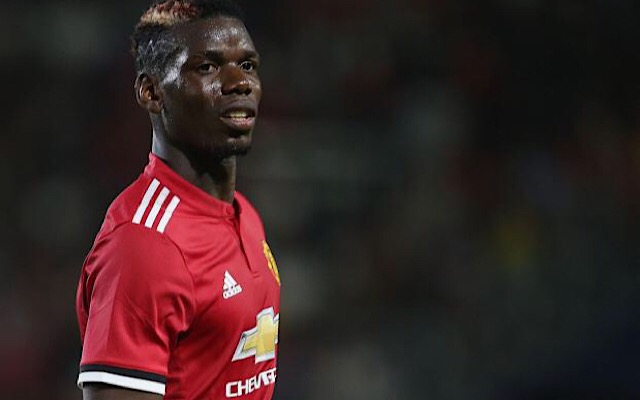 Man Utd midfielder Paul Pogba was in fine form to start the season, and so the hamstring injury that he sustained last month was a huge blow.

The 24-year-old was a key part of United’s impressive start to the Premier League campaign as they set the early pace, as he scored two goals and provided two assists in four appearances.

However, then came the Champions League meeting with Basel on September 12, as he pulled up with the hamstring issue and has been sidelined since with United losing their way in the last fortnight after being held at Liverpool before losing at Huddersfield.

That in turn has seen them fall five points adrift of rivals Manchester City at the top of the table, and so they’ll be desperate to get one of their most influential players back as soon as possible.

According to The Daily Star, there’s good and bad news. The bad news is that the French international isn’t expected back until December, and so that’s still a lot of games without their best midfielder available for selection.

On a brighter note, it’s suggested that he could target a return date of early December, as he may return to full training next month with a view of taking his time and coming back 100 percent fit.

That would be a huge boost for Jose Mourinho ahead of what will undoubtedly be a very busy schedule heading into the festive period, but more importantly, Pogba could be back for some crucial clashes.

United travel to the Emirates to take on Arsenal on December 2, while they face Man City at Old Trafford on December 10.

Those are the two stand-out fixtures, although there are plenty more pivotal dates for the diary too. If Pogba is back in contention for those games, it will undoubtedly be a great early Christmas present for Man Utd.