BBC pundit Garth Crooks has selected his Premier League team of the week, and he’s probably going to annoy a lot of Arsenal supporters.

To his credit, he’s looked beyond the big six in the English top flight this weekend and selected several players who produced key performances for their respective teams.

That includes Brighton trio Glenn Murray, Lewis Dunk and Shane Duffy who were pivotal in the impressive 3-0 win over West Ham, while the same could be said of Tommy Smith and Aaron Mooy who produced excellent displays in Huddersfield’s win over Manchester United.

While there’s no doubt that United possessed the better individual quality across the pitch at the weekend, the tireless effort from the hosts at the John Smith’s Stadium made a huge difference and helped them pull off the shock win.

Elsewhere, Riyad Mahrez gets the nod along with Kevin De Bruyne who is in sensational form at the moment and fully deserves further recognition as he continues to lead the charge for Manchester City.

Sergio Aguero is also included after he found the back of the net for City in their win over Burnley, while Hugo Lloris and Harry Kane ensure that there’s Tottenham representation.

It may be a bit harsh to only have two in truth given the team’s performance against Liverpool in their 4-1 win at Wembley. However, from Lloris pulling off two world-class saves in particular along with Kane’s brace as he continues to be lethal in front of goal, those two certainly deserve their place in this line-up.

Meanwhile, Alexis Sanchez and perhaps a couple of his Arsenal teammates may feel slightly aggrieved that they didn’t make the cut, that’s assuming that they pay attention to Crooks and his selections.

The Chilean international in particular produced a decisive display with a great assist for Mesut Ozil’s goal, with the German playmaker getting the nod, while he scored a brilliant late goal of his own.

However, it’s not enough to impress Crooks on this occasion, and as always, the BBC pundit has split plenty of opinion on Twitter with the responses to his team. 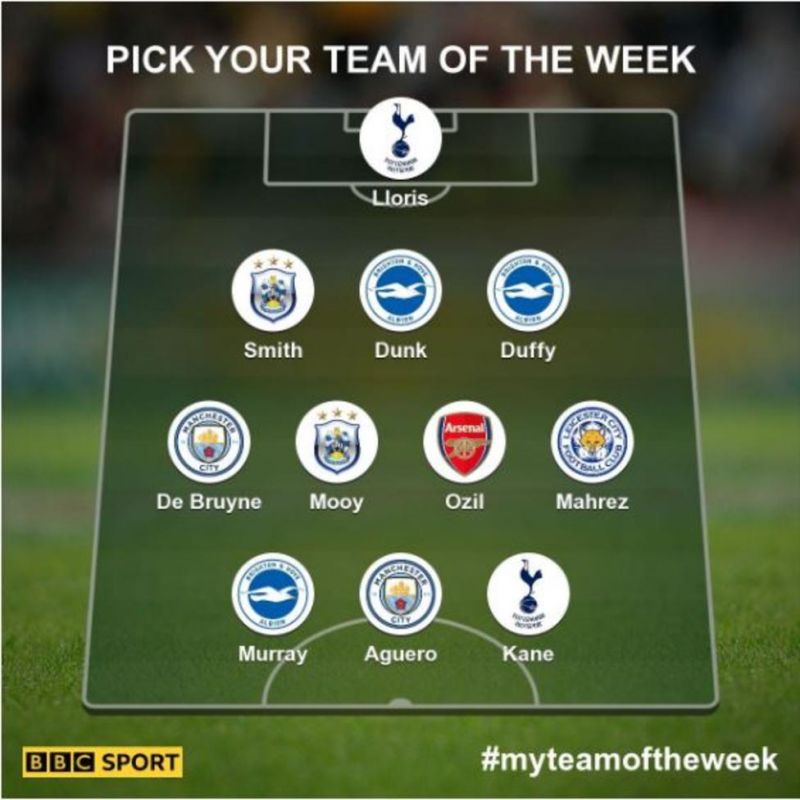