Barcelona are reportedly preparing to resume talks over the transfer of Liverpool star Philippe Coutinho this week and believe they can sign him for around £98million.

According to Mundo Deportivo, this is because the Brazil international is cup-tied in the Champions League, having made some appearances in the competition for the Reds in the first half of the season.

Barcelona want to offer an initial £71m, with an extra £27m in add-ons, and another report from Mundo Deportivo states that the club’s sporting director Robert Fernandez was at Wembley this weekend to watch Coutinho’s Liverpool in action against Tottenham.

Liverpool held firm to keep Coutinho from leaving for Barcelona during the summer, with BBC Sport noting that they rejected as many as three bids from the Catalan giants for their star playmaker.

Still, Mundo Deportivo suggest the 25-year-old has made a deal with the Premier League giants to leave in January, having fulfilled his promise of helping the team for the early part of their campaign in the Champions League. 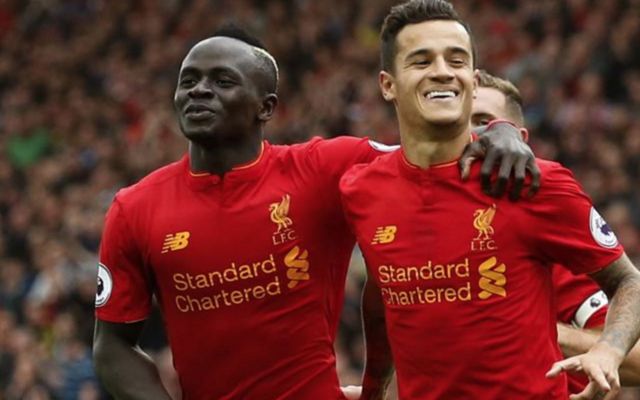 Barcelona will deploy super-agent Kia Joorabchian as an intermediary in talks, and Mundo Deportivo claimed  on Friday that talks were planned with Liverpool for this week.

With Jurgen Klopp already under pressure after a poor start to the season, one can only imagine the reaction if he were to sell one of the club’s most important players in the middle of the season, when landing a replacement would surely prove more challenging.

Still, the Catalan press clearly think a deal is on the agenda, while another recent report from Don Balon suggested Liverpool could be increasingly open to the move if they can have Gerard Deulofeu in return.