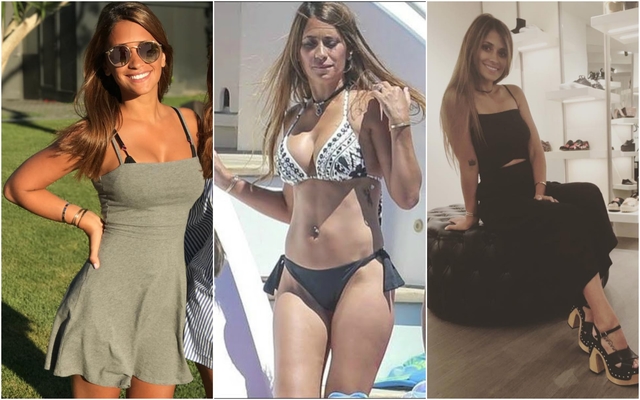 The world’s finest assembled at the FIFA ‘The Best’ awards on Monday night, and there were a few football superstars there too.

While the likes of Dani Alves, Carlo Ancelotti and Harry Kane were all accompanied by their better halves, there was one person in particular who stole the show.

That was Lionel Messi’s wife Antonella Roccuzzo, who as seen in the images and video below, looked sensational as the pair also expect their third child next year.

She often does steal the headlines and was a prominent figure for the media over the summer when she wed Messi back in their homeland of Argentina.

Back in the spotlight this week, she looked in great form as her husband bids to add some more accolades to his collection while also leading Barcelona on yet another trophy yet this season.

The King and his Queenpic.twitter.com/M0adUpOaBV