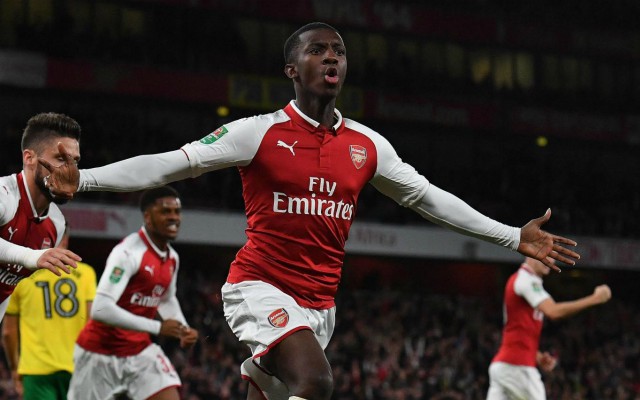 The Gunners boss taunts Chelsea over their former youngster!

Arsenal manager Arsene Wenger has discussed why Eddie Nketiah ended up leaving Chelsea for the Gunners after his superb impact off the bench against Norwich City last night.

The 18-year-old forward scored twice late on as Arsenal came from behind to earn a 2-1 win over Norwich in the Carabao Cup, firing them through to the next round of the competition.

Nketiah joined Arsenal’s academy from Chelsea back in 2015, and Wenger has told the Blues precisely what they’re missing after the wonderkid’s superb brace yesterday evening.

Asked why Nketiah ended up leaving Chelsea for Arsenal in the first place, Wenger admitted he wasn’t sure about the details before gushing the teenager with praise.

‘I don’t know why Chelsea decided to let him go. You see that more and more these days. Young people going from one club to another,’ Wenger is quoted in the Metro.

Fun fact: Edward Nketiah is the first player to score for Arsenal who was born after Arsene Wenger took over as manager ? pic.twitter.com/1miC0LKfjJ

‘I felt I was happy for him and the team. We lacked ideas and clear-cut chances. I was impressed by Norwich in defence.

‘I know that he can score goals and that he has character. He is not afraid. He can give and go, and once a player has that in his game, they have a chance.

‘He has the flair to score, you have to be in the box and he has that. It’s not a quality you can teach at that age.

‘I liked as well the header he scored. He’s not tall, but he got very high. It shows his determination, and shows the guys who want it.’ 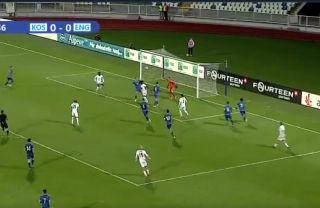