Will he head to the Premier League?

Rumours over Chelsea sacking Antonio Conte have eased after a couple of bad results, but one of their rumoured targets to replace the Italian may not be available for much longer.

According to Sky Sports, former Borussia Dortmund boss Thomas Tuchel is now open to the idea of becoming Everton manager after emerging as one of their main candidates.

The report claims Burnley’s Sean Dyche is also a strong contender for the role of replacing Ronald Koeman, who was sacked following Sunday’s 5-2 defeat to Arsenal.

Sport Bild claimed back in August that Chelsea had sounded out Tuchel over replacing Conte, with the German tactician having impressed during his time in charge of Dortmund.

Tactically innovative and committed to attacking football, the 44-year-old only won one trophy in his two years in charge of BVB, but won the hearts and minds of fans and pundits alike with his management philosophy. 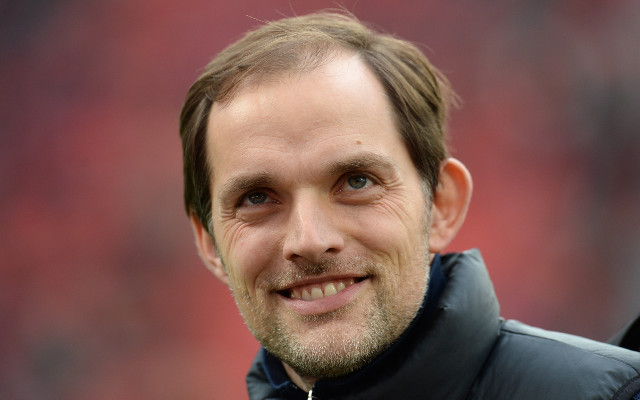 Everton would certainly be landing an intriguing appointment if they could get him, with Sky Sports suggesting he is tempted by the prospect of taking over at Goodison Park, despite previously not being keen on managing a club not competing in the Champions League.

Are Chelsea in the hunt for a new manager?

Chelsea fans may not need to worry, however, with reports from Yahoo Sport last week that Conte was on the brink of the sack at Stamford Bridge proving somewhat premature.

The 48-year-old won the Premier League title in his first season in England, and has bounced back from three games without a win to lead Chelsea to two victories in a row against Watford and Everton.

While the Blues perhaps don’t look as strong as last season, Conte has surely proven that a few bad results are not enough to write him off completely.