Can he reach the required level for Chelsea?

Chelsea manager Antonio Conte is a hard man to please, and he’s shown that demanding nature again after last night’s win over Everton.

The Blues were able to hand a debut to summer signing Danny Drinkwater in the 2-1 victory, with the England international putting in an assured display.

Still, Conte believes there will be more to come from Drinkwater after suggesting he wasn’t entirely satisfied with his first game for the club since joining from Leicester City.

Drinkwater has struggled with injuries since his summer move, but Conte expects him to come back to full fitness soon.

‘I think he has a lot of room for improvement,’ Conte is quoted in the Metro.

‘I preferred to give him the opportunity to play from the start because he needs to play, to find the right tempo and rhythm of the game.

‘I knew I could risk something by playing him, but I think it was very positive for him to start the game and to know that now I can count on him for part of the next games. 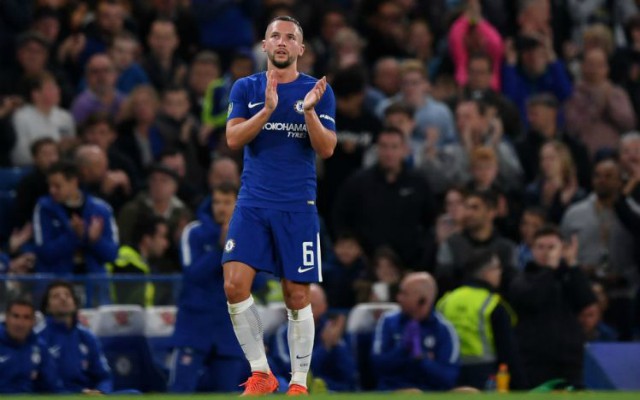 ‘Maybe he will be 100 per cent fit after the international break, but we must have patience. We are also recovering N’Golo very well and this is good news for our midfield.’

Drinkwater himself spoke about his difficult time waiting to get on the pitch again, saying his start to life at Chelsea could not have gone any worse.

‘I don’t think (the last few months) could have gone any worse,’ he admitted.

‘I have been trying to take the positives out of it. My calf feels good now but I was massively frustrated. The waiting game was killing me.’