He was singled out by the United manager.

Manchester United manager Jose Mourinho was not a happy man after his side’s tame defeat to Huddersfield Town last weekend, but Ander Herrera isn’t concerned about the criticism that came his way.

The Spaniard’s comments after the game didn’t impress Mourinho, who was quoted by the Manchester Evening News as saying: ‘And I heard Ander Herrera is in the flash interviews and he is saying that the attitude and desire was poor.

‘Well my God, when a player says that and when a player feels that, I think they should all go to the press conference and explain why, because I can’t explain. It concerns me. If it happens today, why can’t it happen tomorrow?’

Herrera struggled on the day but has generally shown the right attitude under Mourinho, and looks to have done so again by brushing off his manager’s words ahead of this weekend’s game against Tottenham.

‘Of course. Everything he says I accept. I am a professional,’ Herrera was quoted in the Manchester Evening News. 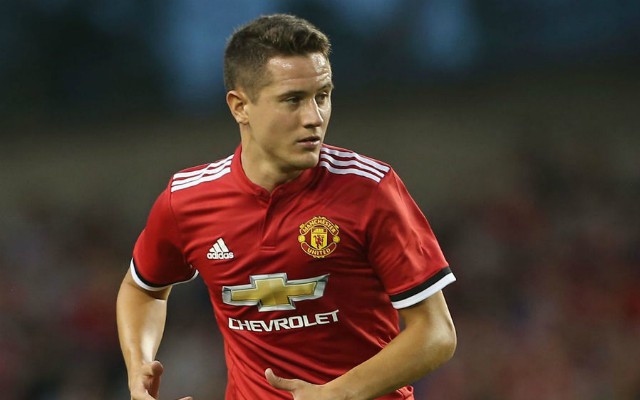 ‘We have a fantastic relationship. So let’s look forward and think about Tottenham.’

Herrera has not been as much of a regular for United this season, despite playing a key role in the Red Devils’ midfield last term.

It remains to be seen if his sloppy performance last week will cost him his place again, though ESPN actually report that he is an injury doubt for the visit of Spurs anyway.