Plus it seems like he’s good pals with Mesut Ozil.

Arsenal seem to have their eye on an exciting emerging talent in the Bundesliga at the moment, with Stuttgart starlet Berkay Ozcan revealing the Gunners’ interest in a transfer.

The talented 19-year-old claims Arsenal have been pursuing him for two years, and that he’d love to play for a club like them in the future, even if he does not yet feel he is ready to do so.

Arsenal boss Arsene Wenger is known for scouring the world for elite young talent, and it seems he’s been a fan of Ozcan for some time, even if he is yet to truly make a big impact at senior level.

The teenage attacker has made just three appearances for Stuttgart this season, all as a substitute, and clearly feels that he needs to develop his game where he is before making the step up to a team like Arsenal.

‘My manager is talking about this situation, Arsenal has been following me for two years,’ Ozcan told beIN Sports.

‘Arsenal officials came to Stuttgart and watched the matches. I think that Arsenal is too early for me.I have to show myself more and work more.

‘I would like to go to Stuttgart and Europe first to prove myself and then to big teams like Arsenal.’ 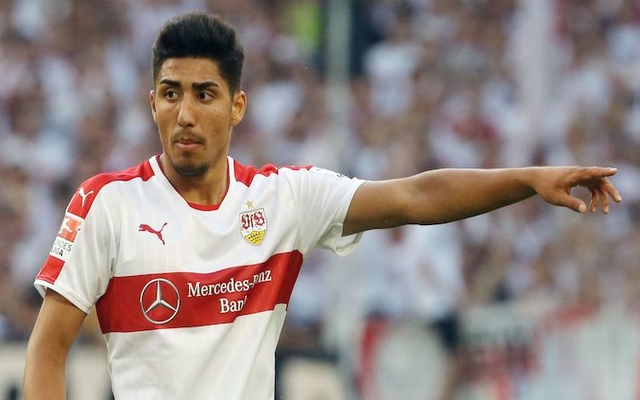 Ozcan also added that he has spent some time with fellow Turkish-born German Mesut Ozil, and it could be the former Real Madrid man that Arsenal will need to replace in the near future as he nears the end of his contract at the Emirates Stadium.

CNN Turkey also linked Arsenal with Arda Turan recently as they consider replacements for their star playmaker, with a more experienced player like the Barcelona man perhaps preferable to a youngster like Ozcan for the moment.