How Manchester United could line up amid reports Mourinho is set to make wholesale changes for the visit of Spurs.

Manchester United could field a rather different line up against Tottenham this weekend after a disappointing performance and result against Huddersfield Town last week.

The Red Devils suffered their first league defeat of the season as they went down 2-1 at the John Smith’s Stadium, and it’s rumoured that Mourinho is ready to shake things up by dropping a number of players.

According to reports this week from the Independent, Mourinho was particularly unhappy with the performances of Ander Herrera and Anthony Martial against Huddersfield, and those two could be easily replaced by two players who started on the bench that day.

Daley Blind is an option in midfield for United, while Marcus Rashford, who scored United’s consolation after being subbed on that day, seems a likely option to replace Martial.

The England international has largely been preferred over Martial on the left of United’s attack this season, and the Frenchman may have missed a golden opportunity to impress his manager last week. 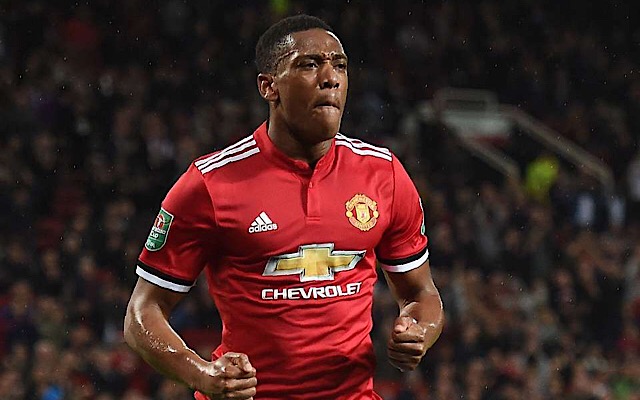 The Sun report that Eric Bailly is close to a return after training ahead of the Tottenham game, so there’s every chance he’ll also come in in place of Chris Smalling.

Elsewhere, there’s potential for United to change things around at left-back, with Matteo Darmian an able deputy for Ashley Young, who, for all his best efforts this season, is not a natural defender.

Manchester United potential line up vs Tottenham in full: