Could United tempt him away?

Manchester United manager Jose Mourinho is interested in one of Real Madrid’s most important players, according to latest reports from Spain.

Diario Gol claim United are big admirers of Brazilian midfielder Casemiro, who could use their interest to negotiate himself a pay rise at the Bernabeu.

Despite arriving at Real as a relative unknown, Casemiro has gone on to become one of the club’s most important players under current manager Zinedine Zidane, who is unlikely to consider a sale.

The report also states that the 25-year-old himself is happy with life in the Spanish capital, but Mourinho has made some ambitious big-name signings in recent times.

The Red Devils were able to bring in the likes of Paul Pogba and Henrikh Mkhitaryan in a busy summer of spending last year, and followed that up by signing two important players from Premier League rivals – Romelu Lukaku and Nemanja Matic.

Real are a different prospect, however, and will surely be under little pressure to sell a player who has a contract until 2021. 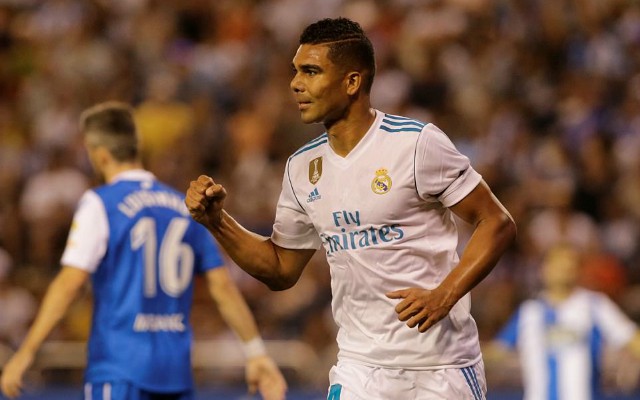 United seem keen to strengthen in the middle of the park, however, with recent reports from Diario Gol also claiming he’s interested in Barcelona star Ivan Rakitic in that position.

Marouane Fellaini and Ander Herrera are nearing the ends of their contracts, as recently noted by the Telegraph, which could be behind the Portuguese’s search for replacements, despite also having the likes of Pogba and Matic to choose from in that area.

Veteran Michael Carrick also seems out of the first-team picture at the moment and was only handed a one-year extension to his contract in the summer, as confirmed at the time on their official site.