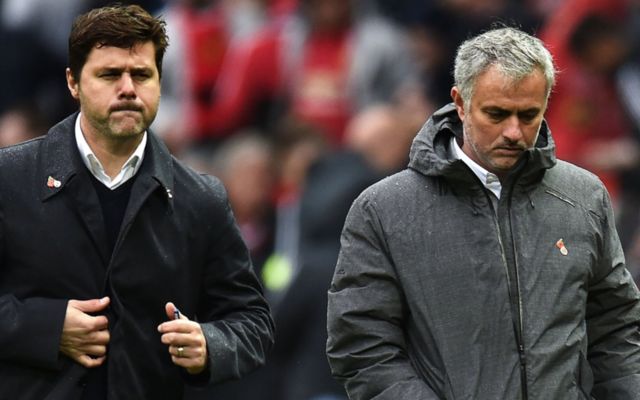 Manchester United fans, this should make for some pleasant reading.

The only goal of the game came 10 minutes before full time, as a header from Romelu Lukaku saw substitute Anthony Martial be put through on goal, and the Frenchman applied the finish to give his side a vital three points.

The best chance of the match came just before Martial’s decisive goal, as a ball from Christian Eriksen found its way to Dele Alli, however the England international saw his attempt go wide of David De Gea’s goal.

United had a golden chance to open the scoring even earlier in the tie, as a shot from Henrikh Mkhitaryan could only be parried by Hugo Lloris, with the Frenchman having to rely on Ben Davies to save his blushes as Marcus Rashford eagerly awaited the rebound.

Man United’s Chris Smalling will take some of the plaudits this afternoon, as the former Fulham man was always on hand to deny Spurs’ attackers of getting a shot in on goal.

The England international was calm on the ball and was dominant in the air against one of the league’s best attacking sides.

Spurs and England midfielder Dele Alli didn’t have the best of games today, with the 20-year-old missing a glorious chance to open the scoring late on in the match being just one of his flaws.

The former MK Dons ace was often ineffective on the ball, struggle to take the game by the scruff of the neck and failed to fill the void left by the injured Harry Kane.

This stat from Opta sums up just how much of second half team Jose Mourinho’s side are this season.

10 – @ManUtd have now scored 10 goals in the last 10 minutes of PL games this season, accounting for 43% of their total. Patient.

This Man United sums up his side’s performance perfectly

While these fans were all praise for the match winner Martial

Martial is a quality player should start everytime

Tell you what, Martial is quality, always makes an impact whenever he appears!

United boss Mourinho, meanwhile, gave his view on how he thought the game panned out

Jose Mourinho: "The only team that had opportunities was us. Apart from the Dele Alli chance, we controlled them very well"#MUNTOT pic.twitter.com/xQYatRrSwj