Manchester United have been set on red alert with Juventus and Real Madrid also rumored to be interested in an unsettled European star. The defender has expressed his discontent at his current club and a move away is looking increasingly likely.

Belgian star Thomas Meunier has slipped to second-choice at right-back this season for PSG since the arrival of Brazilian Dani Alves from Juventus. Italian sports outlet ilbianconero have cited an interview Meunier gave Canal Plus in which the star expresses how unhappy he is with his recent situation in France.

Meunier has told Canal Plus, “[Unai] Emery says he hasn’t forgot about what I did and that he is always considering me [as a potential starter]. The problem is that I feel I am a second-choice here.” (Comments reported by ilbianconero).

CalcioMercato have reported that the recent comments are likely to have been music to the ears of Man United and Jose Mourinho who have been linked to the Belgian right-back for a prolonged period now. The report also suggests that Real Madrid and Juventus are interested in the PSG defender but Juve would be hesitant to buy preferring a loan deal. 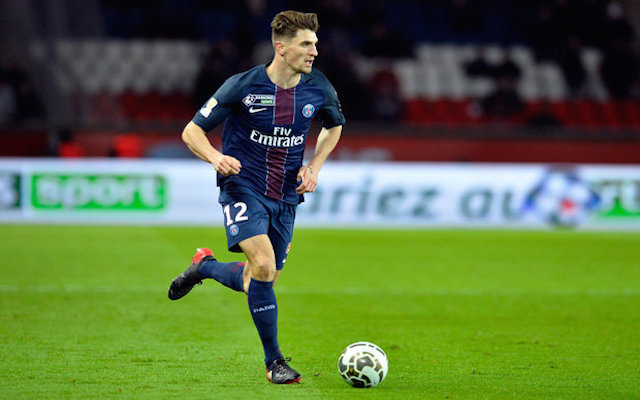 Meunier was a constant starter in the PSG team last season before the arrival of Alves and at 26-years-old the Belgian is likely to be growing frustrated at having to prove himself to gain consistent time on the pitch.

United of-course are without an orthodox right-back despite Antonio Valencia impressing in the position in the last two seasons. Both Valencia and Ashley Young have established themselves as Mourinho’s preferred choices at Old Trafford but both have been converted from wingers to full-backs. The Red Devils have been without a solid right-back since the days of Gary Neville and could be about to answer a long-term issue if they signed Meunier.

Further, a report from the Metro has stated that Meunier is a huge Man United fan with the star having a lot of respect for the Red Devils as a club.

It is a move that is starting to make perfect sense, isn’t it?

Video: Thomas Meunier mocks Liverpool star after England-Belgium clash
Oct 12 2020, 8:50
Liverpool FC
Video: Marcus Rashford equalises for England with ice-cold penalty vs Belgium
Oct 11 2020, 17:47
Manchester United FC
‘Wants you to know that he’s better than you’ – Man United target Sancho has something in common with Mbappe
Sep 24 2020, 20:37
Manchester United FC
Bayern Munich may have the chance to land Real Madrid loanee after recent Borussia Dortmund signing
Jun 25 2020, 19:53
Bayern Munich
PSG won’t be able to count on these two star players in the Champions League
Jun 20 2020, 22:41
Paris Saint-Germain
Liverpool and Man United target could be heading to Tottenham on a free
Jun 15 2020, 23:12
Liverpool FC
Liverpool hold talks with Ligue 1 star over potential free transfer switch
May 27 2020, 12:44
Liverpool FC
Spurs tipped to beat Man United to free transfer this Summer
May 10 2020, 21:24
Tottenham FC
Tottenham tipped to be frontrunners to land summer transfer target after Mourinho contact
May 8 2020, 8:09
Tottenham FC
Boost for Spurs as Summer target will be available on a free transfer this Summer
May 6 2020, 21:02