Man United could be about to receive an offer from a fellow Premier League side for one of their star defenders.

It’s being reported by the Daily Star that Newcastle, who currently sit in seventh place in the Premier League, have discussed the possibility of making a move for United left-back Luke Shaw.

This comes after reports emerged from Manchester Evening News that Red Devils boss Jose Mourinho has started losing faith in the 22-year-old, who joined the club from Southampton in 2014. 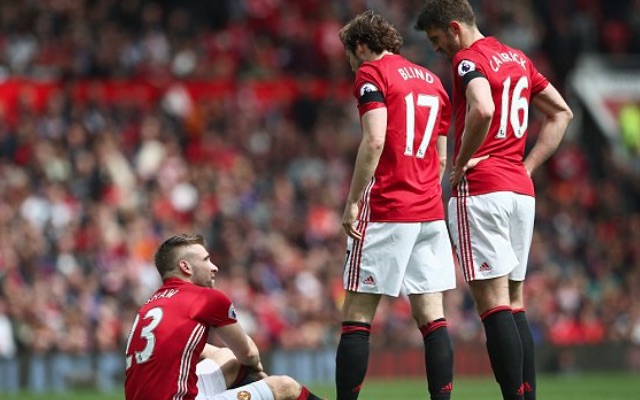 Since joining United more than three years ago, Shaw’s time at the club has been one of mixed emotions.

The England international has managed to clock up 49 appearances for United so far, as well as bagging three assists.

The player has also managed to win some silverware during his time at Old Trafford, winning a Europa League, a League Cup and a Community Shield.

However, one of the reasons why Shaw’s United career hasn’t gone to plan so far is due to the player’s proneness to injury.

Since his debut for the club in August 2014, Shaw has missed a total of 94 games due to injury, meaning that the England star has missed almost double the amount of games he’s played for United during his time with them.

During his time with the Saints, Shaw impressed thoroughly, so much so that the player was even included in the Premier League Team of the Season for the 2013/14 campaign.

Should Newcastle end up making a move for Shaw, it’ll be interesting to see how much United end up demanding for the England international.