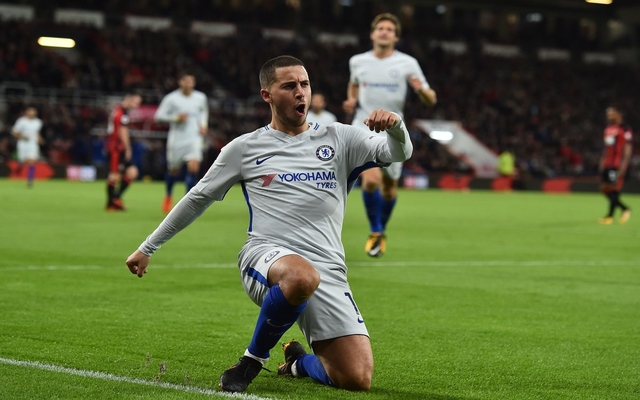 Bournemouth defender Simon Francis had a moment to forget as his error allowed Chelsea ace Eden Hazard to break the deadlock at the Vitality Stadium on Saturday evening.

The hosts had been defending resolutely to hold Chelsea to a goalless first half, but they were unable to maintain that level of concentration after the break.

Francis lost his balance as he tried to cut out a pass from Alvaro Morata to Hazard, and that allowed the Belgian international to race clear and produce a quality finish at the near post, as seen in the video below, although perhaps question marks could be raised about Asmir Begovic.

Thank god for that . HAZARD pic.twitter.com/cSDi6XMGtH

Hazard has now scored three goals in his last three games for Chelsea to continue to be a decisive figure for Antonio Conte’s men, while he clearly loves a trip to Bournemouth too.

His last two goals away from home have both come against the Cherries, with the last coming in April earlier this year as he seemingly has a habit of delivering against Eddie Howe’s side.