Liverpool returned to winning ways on Saturday, as the Reds hammered minnows Huddersfield 3-0 to record their first league win since September 23rd. Here are five things we learnt from Jurgen Klopp’s side’s victory on Saturday afternoon. 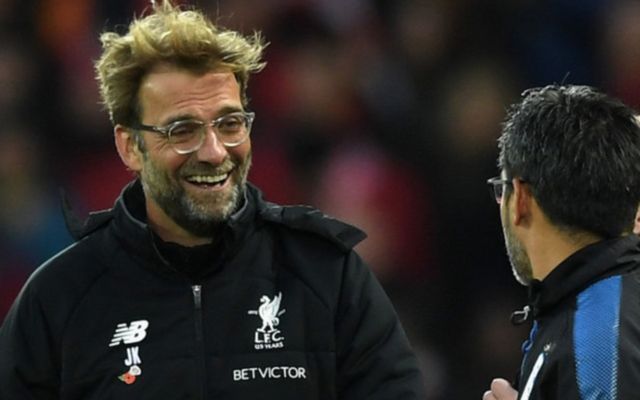 Following his well taken finish on the weekend, Liverpool talisman Roberto Firmino has now taken his tally this season to seven goals and four assists in 15 games, a record that shouldn’t be sniffed at. Depsite his side’s recent struggles in the league, the Brazilian international has still maintained a decent run of form, and has made sure he’s always one of the first names on the team sheet at Anfield.

Liverpool’s summer signing Mohamed Salah had a pretty shocking day on Saturday, with the Egyptian proving to be fairly ineffective as well as missing the chance to give his side a first half lead from the spot. Although his failed spot-kick didn’t end up effecting the final result, it still would’ve surely effected the player’s confidence, and it certainly looked that way. The former Roma ace was dragged off by boss Klopp with 10 minutes to go, just to show how much of an off day the forward was having.

Reds stalwart Milner was everpresent in Jurgen Klopp’s starting line-up last season, with the England international managing to make 36 league appearances for his side. This season is a bit of a different story, as the former Man City and Newcastle man has often found himself starting from the sidelines, with Moreno or Gomez being preferred to the 31-year-old. However on Saturday, the midfielder showed exactly why he Klopp put his faith in him last season. Milner was superb, constantly making tackles and trying to get the ball forward as much as possible. He even picked up an assist for his troubles as well!

Following his more than impressive strike on Saturday, Netherlands international Georginio Wijnaldum extended his run of only scoring in home league games. This is now the 18th time the midfielder has scored in the Premier League, with not a single one of them coming away from home. He sure likes playing at home that kid! Should this run carry on, it would surely make sense for Klopp to only start the player in home games, and go for a more defensive option on the road.

On Saturday, David Wagner’s side failed to register a single shot on target, with the away side only being able to muster up a measly one shot in total throughout the entire 90 minutes. Despite sitting pretty in 13th place, the Terriers have only scored seven league goals so far this season, with three of those coming against bottom of the league Crystal Palace on the opening day. They’ve been fairly poor in front of goal so far this season to say the least, and it definitely looked like it on the weekend. Should their poor run in front of goal continue, it wouldn’t surprise us to see the newly promoted side head back to the Championship at the first time of asking.