Liverpool fans, you could be about to see your club sign one of Mexico’s brightest young talents.

It’s being reported by ESPN that Jurgen Klopp’s side are keeping tabs on Club America starlet Diego Lainez, who put in an impressive show for Mexico during the Under-17’s World Cup in India.

The news outlet also state that Spanish giants Villarreal are keeping an eye on the the 17-year-old midfielder, so it seems like the Reds may face some competition for the starlet should they up their reported interest in him. 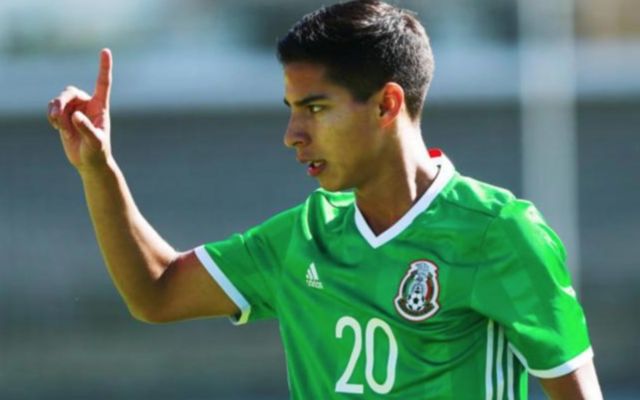 The attacking midfielder has amassed a decent record for Mexico’s under-17’s so far.

Lainez has scored two goals in just four appearances at under-17’s international level, with the player also managing to clock up a decent record for his club side as well.

In 10 games for Club America so far, the 17-year-old has bagged two assists for his side, a record that should be deemed decent considering how young and inexperienced he is.

Lainez has come through the ranks at Club America, who he helped finish fifth in Liga MX last season, and is often deployed out wide by boss Miguel Herrera.

Should Liverpool up their reported interest in Lainez, it’ll be interesting to see if they can beat Villarreal to the signing of him, and how Jurgen Klopp decides to utilise the player during his time there.