This would be huge!

Arsenal are used to having their star players picked off by bigger clubs like Barcelona and Manchester City, but latest transfer rumours emerging today would be a new low for the Gunners.

According to shock claims by the Sun, Arsenal contract rebel Alexis Sanchez is now an ambitious target for Everton owner Farhad Moshiri ahead of the January transfer window.

Arsenal rejected a deadline day bid for Sanchez from Manchester City this summer, with BBC Sport reporting at the time that they turned down as much as £60million for the Chile international.

With a new contract still not on the horizon for their star player, Arsenal now face the prospect of losing him on the cheap this January or on a free at the end of the season.

This has given surprise encouragement to Everton, who could try a £30m move for Sanchez in the winter to follow up their summer spending spree that saw them bring in big names like Wayne Rooney, Gylfi Sigurdsson and Michael Keane.

The Toffees have not had the results they’d expected so far this term, and sacked manager Ronald Koeman after last weekend’s 5-2 defeat at the hands of Arsenal, in which Sanchez was among the scorers. 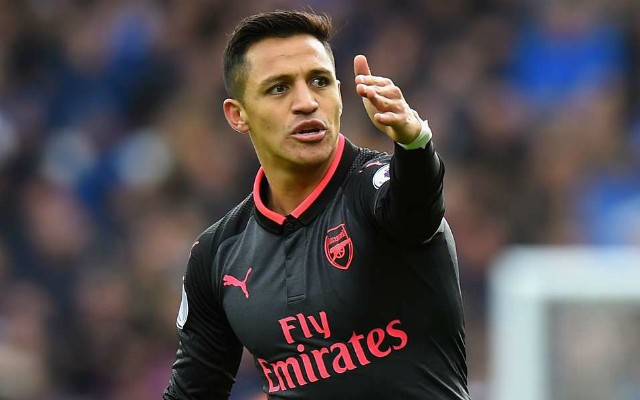 The Daily Mirror report that Sanchez remains keen to move to City for a reunion with former Barcelona boss Pep Guardiola, so the prospect of taking up an offer to move to Everton seems fanciful at best.

The 28-year-old attacker is among the very best players in the world at the moment, and scored 30 goals for Arsene Wenger’s side last season, including the opener in the FA Cup final victory over Chelsea.

Sanchez was quoted by the Guardian in the summer as saying he wanted to play in the Champions League, which will be another blow to Everton’s hopes, as well as being one of the key reasons he’s stalling on a new contract with Arsenal in the first place.

Still, the Sun also list Diego Costa and Olivier Giroud as among Everton’s recent targets as they clearly seek to establish themselves as among the Premier League’s big boys.

The signing of Sanchez would certainly be a statement, but they are surely not ready to compete in that kind of market yet.