It’s Monday and that means it’s time to dissect Garth Crooks’ Premier League team of the week, and as ever, he’s stirred the pot on social media.

For starters, there’s no love for Liverpool despite their 3-0 win over Huddersfield Town, as evidently the BBC pundit wasn’t impressed by any individuals in particular.

That aside, he’s gone for many of the players that found the back of the net over the last two days with Eden Hazard, Jamie Vardy and Wilfried Zaha all getting the nod up front after scoring decisive goals for their respective clubs.

In fairness, there’s no doubt over Hazard’s inclusion as he was crucial in Chelsea’s win at Bournemouth, and he’s joined by two teammates in defensive duo Antonio Rudiger and Cesar Azpilicueta who kept things tight at the back at the Vitality Stadium to ensure that the Blues left with all three points.

Joe Hart was left disappointed as West Ham were held after late drama at Crystal Palace but he did make some top saves and will be devastated that it didn’t lead to a much-needed win for the Hammers.

Ryan Shawcross completes a back three as he was defensively sound in Stoke’s win over Watford, while Antonio Valencia is the only Man Utd star to be included after their 1-0 win over Tottenham which seems a little harsh given the performance of Nemanja Matic in particular.

Fernandinho, Demerai Gray, in an unfamiliar central midfield role, and Sead Kolasinac complete the midfield with the latter in particular standing out after his pivotal contribution inspired Arsenal’s comeback in the win over Swansea City at the Emirates on Saturday.

The Bosnian international is looking a steal after arriving on a free transfer this past summer, and Arsene Wenger will certainly be delighted with his start to life in England. 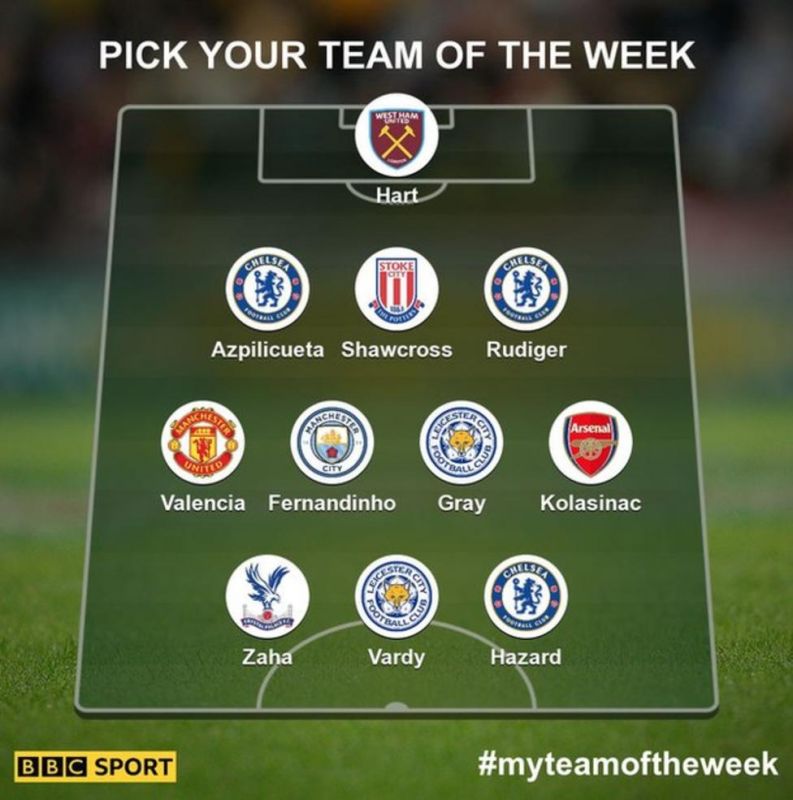 As can be expected on a weekly basis, Crooks has received plenty of grief on Twitter, not only for his selections but also for his general work as a pundit.

While he got himself mixed up when it came to Romelu Lukaku, Anthony Martial and Marcus Rashford being on the pitch quite a lot more than he made out, as noted in his BBC column, he also decided to have a personal dig at Chelsea midfielder Tiemoue Bakayoko after he unveiled his new hairdo at the weekend.

Come on Garth, we don’t need to take it that seriously…

Crook by name crook by nature… nicking a living getting paid by the BBC to write nonsense.

If you agree with Crooks it's time to give up