Messi is a huge fan of the forward.

Barcelona star Lionel Messi is reportedly pushing for his club to beat Manchester United to one of their top transfer targets as part of their ongoing quest to replace Neymar.

The Catalan giants lost their Brazilian forward to Paris Saint-Germain in the summer, and Don Balon claim one of the first names Messi suggested for that role was Griezmann.

The France international has shone in La Liga down the years, starting out at Real Sociedad before his move to Atletico Madrid in 2014.

Griezmann has since gone on to score 86 goals in 171 appearances for Diego Simeone’s side, establishing himself as one of the best attacking players in Europe.

Don Balon have also recently claimed Cristiano Ronaldo wants Griezmann with him at Real Madrid, while ESPN have reported Manchester United are keen to go back in for him next summer.

As noted by Don Balon’s latest update, Griezmann’s release clause will fall to just £89million next summer, so it’s little surprise to see a host of European giants set to fight it out for his signature. 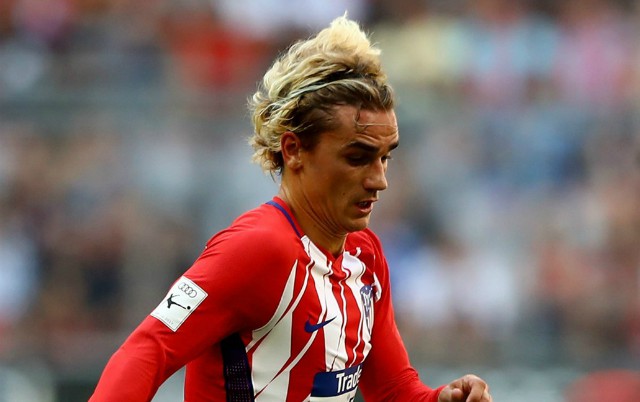 Messi and Ronaldo are known for their duels on the pitch, and now it seems they could play decisive roles in trying to persuade Griezmann which club to pick.

The 26-year-old seems an ideal fit for Barca, though they did only just sign Ousmane Dembele from Borussia Dortmund in that position in the wake of Neymar’s departure.

The youngster has had an injury-start to life at his new club, so it could be that he’ll be under increased pressure to prove himself worthy of keeping that place in Ernesto Valverde’s attack if Messi continues to talk up Griezmann as a possible upgrade.