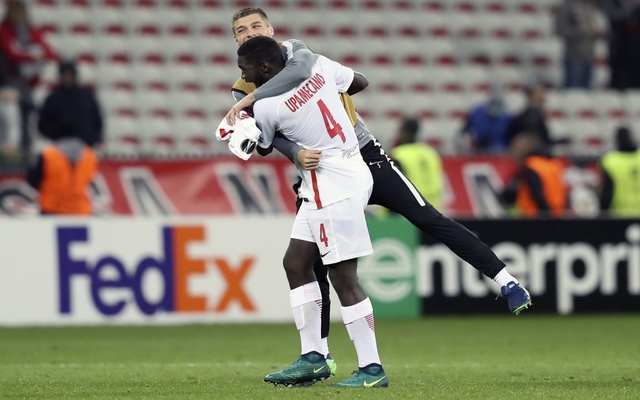 There’s an increasing amount of chatter about RB Leipzig defender Dayot Upamecano circulating, and this is a small sample as to why many top European clubs are interested in him.

The 19-year-old joined the Bundesliga outfit in January, and has already gone on to make 13 appearances in all competitions so far this season after impressing in a previous stint at RB Salzburg.

As he now continues to establish himself at a higher level, speculation has been rife over clubs looking to potentially prise him away from Germany in the near future.

Sport note how AC Milan have joined the race for his signature, with Barcelona previously trying to take him to the Nou Camp prior to his move to Leipzig and in turn they may still hold an interest in him.

Meanwhile, The Guardian reported last month how the France Under-19 starlet has a whopping €100m release clause inserted into his contract with Liverpool also keeping an eye on him.

Judging on the evidence below, it’s no wonder why more and more clubs around Europe are taking notice, as although he’ll still undoubtedly be slightly raw at this stage of his career, he’s got plenty of positive attributes.

Upamecano looks powerful in the tackle and in the air, tactically astute in terms of his positioning and ability to intercept, while importantly for any modern-day defender, he looks composed on the ball and has an ability to play out from the back having also previously shown his versatility by playing as more of a defensive midfield for Salzburg.

There’s seemingly a lot to like about the young Frenchman, and if he continues to impress for Leipzig, then surely there will be a real summer transfer scrap ahead if any club is willing to pay his release clause or try to negotiate it down.

Man United know what they need to do as race for Dayot Upamecano hots up October 10, 2020 13:32
Manchester United FC