Arsenal fans, this story may not make for pleasant reading…

Gunners manager Arsene Wenger could be set for a bit of defensive headache this weekend, as German international Shkodran Mustafi looks unlikely to be fit for his side’s clash against rivals Man City, according to the Evening Standard.

The news outlet are also reporting that the former Valencia stalwart was expected to potentially be fit for the match after injuring his groin, however it looks as if this Sunday’s tie has come too soon. 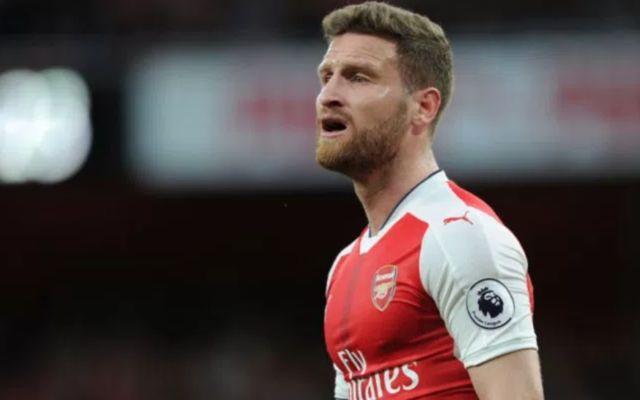 Since his move from Spanish side Valencia last summer, Mustafi’s time so far at the Emirates has been topsy-turvy to say the least.

The centre back made 26 league appearances for the north London side last season, with the Germany star managing to bag himself two goals and two assists.

Despite this, the player failed to form a strong connection with the Emirates faithful, with the player failing to make the impact some fans originally thought he’d make.

During his time in Spain, Mustafi impressed fans as critics alike with his aerial presence and ability on the ball being one of the main reason’s fans warmed to the defender.

The player also managed to amass a decent goal-scoring record during his time with Los Che, as Mustafi scored six and assisted three in 81 appearances for the former Spanish champions.

Should Mustafi end up missing Arsenal’s clash with Man City, it’ll surely come as a big loss to the Gunners, who will now have to try and fill the void that’s been left by the player’s absence.