In a 1948 speech to the House of Commons, Winston Churchill once boomed: “We must always look forward, but we have to understand our history in order to not repeat the mistakes of the past. I have seen too many instances where people continue to pursue wrong courses of action because they do not take the time to think critically.”

Some restless fans at Anfield might just agree with such wisdom from one of England’s great wartime tactical leaders. Churchill also said: “History is written by the victors.” No wonder Gareth Southgate pined for the oratory of the cigar-chomping statesman when the Three Lions were losing to Brazil in the 2002 World Cup. Instead, the dressing room only had the soft Swedish umlauts of Sven Goran-Erikson to stir the troops.

Booming oratory is not a problem for Herr Klopp, but victory is something that has been largely evasive since his players came back from their first national service of the season in September – the Reds have won just three of their last 11 games in all competitions.

The German also seems rather concerned with the context of history after last month’s 125th anniversary of the club appeared to be a burden rather than a motivation.

“If you look at the 125 years of Liverpool, then you can see the problem. Nobody knows when it was worse, only when it was better,” remarked the 50-year-old after Burnley had become the latest team to expose the cracks in the home guard.

Even after the relief of a 3-0 win over Huddersfield at the weekend, which brought a traumatic two months to a soothing end, Klopp was at it again, saying: “The moment things don’t work out, we get compared with the past.” 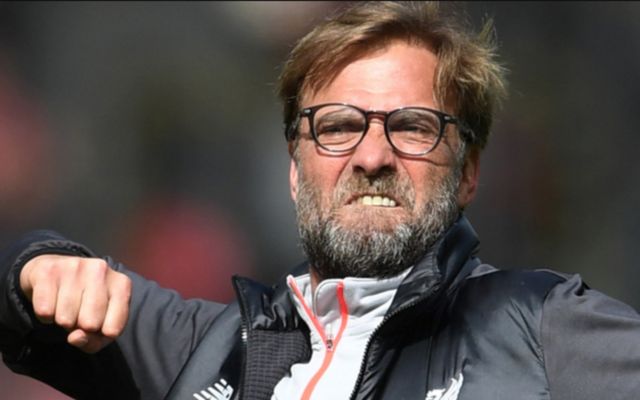 READ MORE: “Have a nice party, but no alcohol” – Jurgen Klopp warning for Liverpool starlet

Patience and perspective are needed but we are living in a different age where time is an enemy, not a step to progress.

When Bill Shankly took over the reins in 1959, the Reds languished in the old Second Division. The Great Scot knew what had to be done after one sitting: “After only one match I knew that the team as a whole was not good enough. I made up my mind that we needed strengthening through the middle, a goalkeeper and a centre half who between them could stop goals, and somebody up front to create goals and score them.” There is a chilling sense of history coming alive to haunt the club in those comments, as if Shanks has turned in his grave one too many times over the lack of pragmatism. After all, Dejan Lovren WAS going to play on Saturday, until pulling up n the warm-up.

The former Dortmund manager is right in some ways to point to the ghosts. Shankly hung his pennant on the pole for the next in line when he proclaimed: “This club exists to win trophies.” That is the barometer for the next guy. One minute, Brendan Rodgers was the man who was going to deliver Liverpool’s first title in 24 years, the next he was the only Anfield boss since the 1950s to win no silverware within the first three. Whisper it, but Klopp has just started his third year with the club…

The Shankly ideology was one of setting out to change a once-great club through people power, something that Klopp managed brilliantly when he took over an ailing Dortmund in 2008. Anfield can rock to heavy metal football alright and has had its moments under the Teutonic conductor. However, it can’t hold a candle to the Yellow Wall whose soundtrack to Klopp’s sonic boom approach was both confident in its ideology and purpose.

At the moment, there is some static between the Kop and the manager: “Everybody feels a little bit of this pressure. It is always there when we don’t score the first goal. I think you can feel it in the stadium, it’s ‘ooh, we didn’t do it’. We have to do it again, again, again.” If that is history, then it is understandably fresh in the minds of those who have often seen 25 shots leading to nothing in the scorebook.

In 2012, under King Kenny’s second coming, the Reds hit the woodwork 33 times in the EPL. In his first four months at the club, Klopp’s Liverpool were the most profligate team in the Premier League. So far this season, they are only behind Manchester City in terms of shots, but 12 points behind in real terms.

“When I left Dortmund I said it’s not important what people think when you come in, but what they think when you leave.” After 24 months in the hot seat, there’s no sign that the Panzer general is looking at an exit but when he does, he must hope that he will leave the people wanting more.