United fans, reading this one might hurt a bit…

Jose Mourinho’s side had been in hot pursuit of this star over the summer, and the player has now revealed his reasoning behind his switch to the Red Devil’s Premier League rivals.

Spanish international Alvaro Morata, who joined Chelsea from Real Madrid in the summer, has revealed his reasoning behind being in favour of a move to Stamford Bridge as apposed to Old Trafford.

This was reported by Gazetta dello Sport, who say that  one of the reasons the Spaniard chose the Blues over Mourinho’s side was because of manager Antonio Conte.

The forward also revealed that the fact that there were a lot of other Spanish players at the club, and his wife, all played a part in his decision to join Chelsea over United, who Manchester Evening News report was a target for the club. 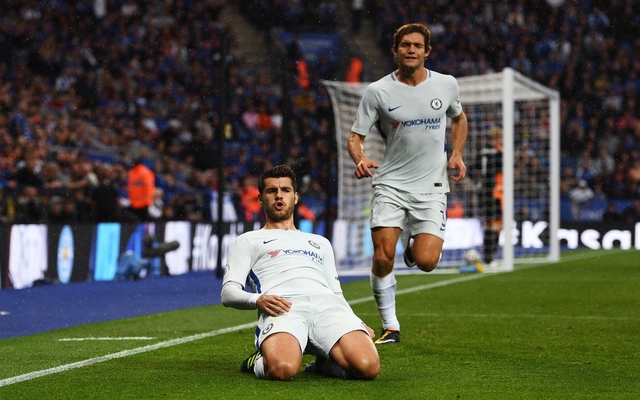 Speaking out about the reasoning behind his summer move, Morata said “The first is the coach: I knew Conte and I had no trouble finding myself in his football ideas

The player then added “the second is the environment: I was very well received by my companions. The presence of a Spanish enclave, with Azplicueta, Alonso, Fabregas and Pedro, made things simpler. The third is my wife Alice Campello: she followed me to London. ”

Since his arrival in England, Morata has hit the ground running, with the forward impressing fans and critics alike with his more than capable performances for Conte’s side.

Since his debut for the Blues, Morata has scored six and assisted three in nine Premier League appearances so far, which means the forward directly contributes to exactly one goal a game, a record that shouldn’t be sniffed at.

The former Madrid front-man has also made a decent start to this year’s Champions League campaign, with the player having scored once in two games for his side.

For Los Blancos, Morata was as reliable as ever. He had one of the best goal to games ratios in Europe’s top five leagues last season, with the striker managing to score 15 goals in 14 league starts for Zinedine Zidane’s side.

The player also had a successful time with Conte’s former club Juventus in Italy, with the player winning two Scudettos during his time in Turin, as well as a Champions League runners-up medal in 2015.

His hold-up play and ability to use both his feet and his head have come to heavy fruition so far this season, and should the player carry on like this, the club-record fee Conte’s side paid for Morata over the summer will seem like a bargain in the near future.