France Football have had their say on the 12 biggest young talents in world football, and they’ve included Chelsea and Tottenham starlets in their list.

Many of the names below have already made an impact at the highest level, with Kylian Mbappe securing a big-money move to Paris Saint-Germain this past summer off the back of an impressive break-out campaign with Monaco.

Further, Gianluigi Donnarumma has established himself as the number one choice between the posts at AC Milan for over two years, while Tottenham’s Dele Alli, Barcelona ace Ousmane Dembele and Manchester City duo Leroy Sane and Gabriel Jesus have all proven to be hugely important for their respective clubs over the past year or two.

It wouldn’t be a top youngsters list without Ajax representation though given the Dutch giants continue to produce classy young stars for the future, with Matthijs de Ligt being acknowledged on this occasion while there are some exciting names to look out for from outside of Europe including the likes of Maximiliano Romeo of Velez Sarsfield and Vinicius Junior who has already been snapped up by Real Madrid.

Perhaps the most interesting name to be included though is Mason Mount of Chelsea, with the 18-year-old considered a top prospect for the future while currently on loan at Vitesse.

As is the problem with most of the talents that come through the Chelsea youth system in more recent years though, Mount will have his work cut out to break into the senior side even though he’s already proven his qualities at England U19 level.

The midfielder helped England win the Euro U19 Championship earlier this year, while he was not only named in the Team of the Tournament, but he was also awarded the Golden Player trophy.

In turn, he’s got a big future ahead of him it seems and while France Football have recognised him, it remains to be seen whether or not Chelsea do too when he returns at the end of the season. 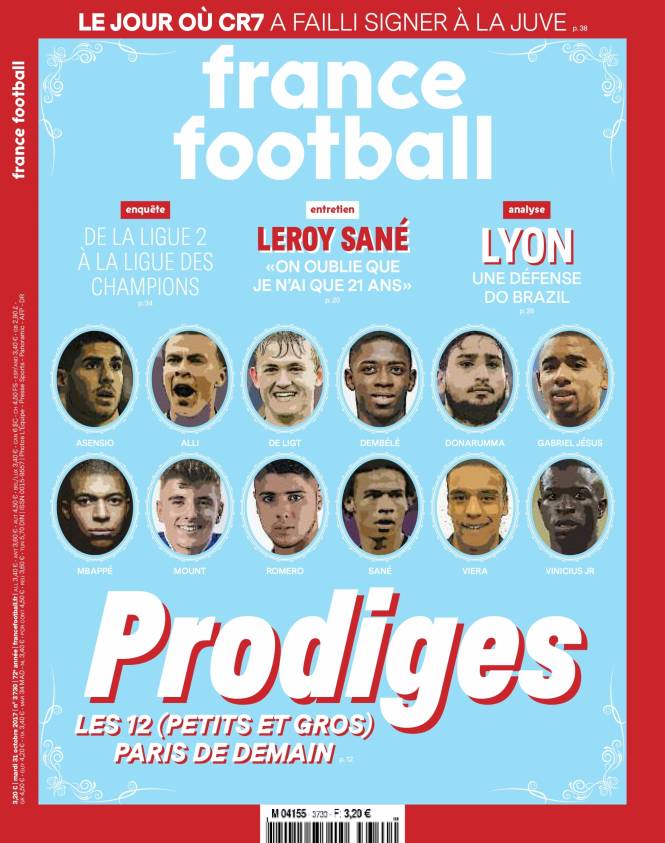