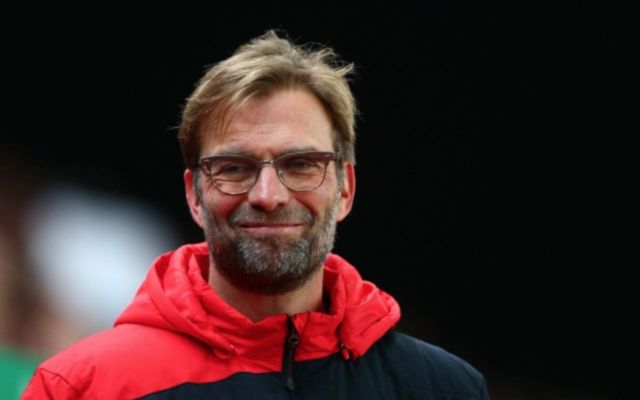 Liverpool fans, this should make for some pleasant reading.

Liverpool beat Slovenian minnows NK Maribor 3-0 at Anfield tonight as Jurgen Klopp’s side continued to stride on in the Champions League.

The Reds opened the scoring thanks to Mohamed Salah’s 10th goal of the season, as the Egyptian applied a delicate little touch to Trent Alexander-Arnold’s cross to give his side an early second half lead.

They then had the chance to double their goal tally in the 52nd minute, however James Milner saw his penalty saved by Handanovic in the Maribor goal.

The home side did eventually find a second goal through Emre Can, as the German international finished off a fantastically worked team goal to put the result beyond doubt.

Daniel Sturridge finished the scoring in the 90th minute, as the former Chelsea man hammered his shot home to all but secure the win for the Merseyside club.

Emre Can had an absolutely fantastic game for Liverpool tonight, and he even got a goal for his troubles as well.

The German international was calm on the ball and showed off his full range of passing abilities as he stole the show tonight.

Emre Can's an animal in Europe.

13 – Mohamed Salah has been directly involved in 13 goals for Liverpool this season (10 goals, 3 assists); more than any other player. Vital pic.twitter.com/e38Ny3u2fB

Mo Salah has now scored 10 goals for Liverpool and it's only November 1st!! What a bargain!!

10 goals in 16 games for Salah at Liverpool. Goal record was excellent in Italy and it's going to be excellent here too. Top signing.

Liverpool have now kept 4 clean sheets in the last 5 games in all competitions. ?

And this account sum up tonight’s match in perfect style

Very deserved win for Liverpool – very similar to the weekend's 3-0 result. Man of the Match?