Liverpool fans are rallying behind him…but they have a formidable opponent in their way!

Liverpool fans are rallying behind under-fire defender Dejan Lovren after a difficult couple of weeks for the Croatian in a Red shirt.

The 28-year-old was badly at fault for Liverpool’s first two goals in their 4-1 defeat to Tottenham towards the end of last month, with Jurgen Klopp subbing him off after half an hour to spare him further embarrassment.

Still, some so-called fans have gone rather over the top with their criticism of Lovren, sending him death threats on social media, according to the Daily Mirror.

The Mirror’s report also shows tweets from Liverpool fans who are eager to hit back at the vile internet trolls by naming the under-performing Lovren as their official player of the month in a show of solidarity.

While this is a fine gesture from the club’s loyal fan-base, it ultimately looks like being in vain as another player is surely going to run away with the award yet again.

Mohamed Salah was name Liverpool’s player of the month for both August and September, and the club’s official site show him leading the way in the polling once again. 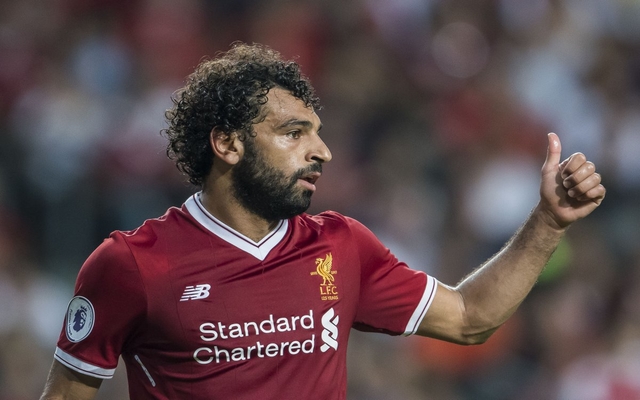 As noted by Empire of the Kop last month, this is down to Salah’s huge popularity in his native Egypt, where is he is understandably something of a national hero.

Lovren is doing well to come up in second place at the time of writing, but he just can’t compete with that kind of backing.

Still, it’s the thought that counts for Liverpool fans, who have given the best response possible to the horrific abuse Lovren has had to put up with during his struggles for form and confidence on the pitch.