Good to know he was paying attention…

Manchester United fans get a bit of a hard time from rival supporters, but then sometimes they do themselves no favours.

We’re sure they’re not all 12-year-old glory supporters from London who barely ever bother showing up to watch their team, but this guy certainly gave Red Devils fans a bad name with this embarrassing interview after last night’s win over Benfica.

United put in a solid display to beat the Portuguese giants 2-0, all but ensuring their place in the knockout round of the Champions League as they need just one more point from their next two group games.

Still, when asked to name his stand-out performer in the match, this United fan bizarrely named Phil Jones as the one who impressed most…before being immediately corrected that he didn’t play.

That’s right, a United fan somehow got Jones mixed up with Chris Smalling, which doesn’t sound like something that should be too easily done.

In 43 seconds, you’ll understand why Manchester United fans are the worst in the world ? ? – TOTALLY CLUELESS! pic.twitter.com/no3mWW2eDb

Understandably, Liverpool fans enjoyed winding up their rivals as Empire of the Kop noticed the excruciating error and mocked them for knowing nothing about their own team.

At least Jose Mourinho can probably tell them apart, or at least you’d hope so. 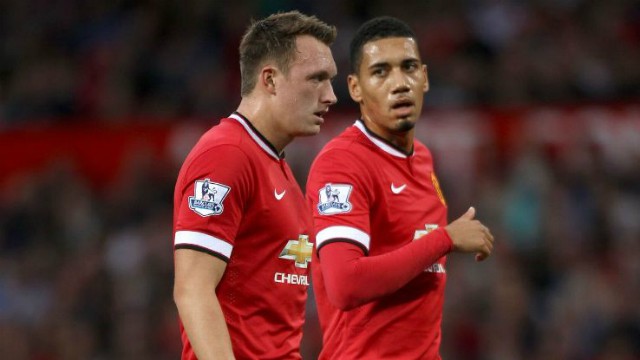