Arsenal look to have found their Ozil replacement.

Arsenal have reportedly identified a Barcelona midfielder who could be ideal to replace Mesut Ozil amid fears he’s set to leave them for a transfer to rivals Manchester United.

Don Balon claim the Gunners are willing to push hard to bring Rafinha Alcantara to the Emirates Stadium, as they seemingly lose hope of persuading Ozil to stay in north London.

The Daily Mirror recently reported that Ozil was confident of getting his move to Old Trafford, and he’ll be a tough act to follow at Arsenal, despite a mixed reception with the club’s fans down the years.

The Germany international has been a key creative player for Arsene Wenger’s side, and recently showed signs of his best form again as he scored and assisted in a 5-2 win over Everton.

Still, Wenger seems to believe Rafinha could be a solution for his side in that position, with the Brazil international showing glimpses of his talent at the Nou Camp despite not always being a regular starter. 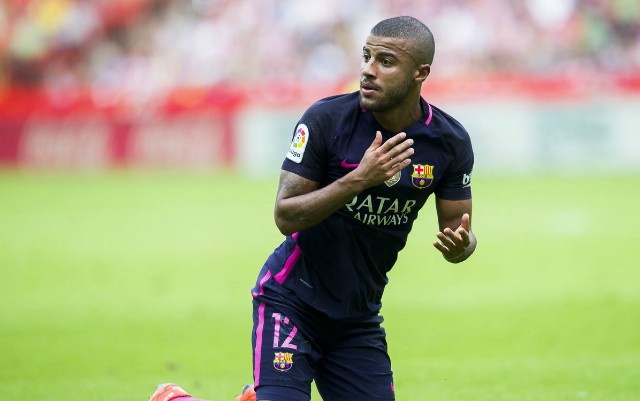 The 24-year-old played just 18 La Liga games last season, but looks like he could have his best years ahead of him if given the chance to develop under a manager like Wenger, who has become known for rescuing players’ careers in the past.

Rafinha would be under pressure to settle quickly, however, as Arsenal will be in urgent need of a top class playmaker to fill the void left by Ozil, who could make matters worse for Wenger by producing the goods for one of their biggest rivals instead next season.

TalkSPORT have also linked Arsenal with a move for Napoli’s Jorginho as a midfielder is clearly on Wenger’s agenda at the moment.