Is he slipping away from Manchester United?

Real Madrid look in a strong position to spoil Manchester United’s transfer plans next summer with a move sure to rock the footballing world.

According to latest reports, Tottenham striker Harry Kane is increasingly keen on the idea of a move to the Bernabeu, with the Spanish giants also expected to move him up their list of priority targets.

Diario Gol claim Real will put everything into signing the England international next summer, and it remains to be seen if United can realistically compete with that.

The Sun recently claimed the Red Devils could be prepared to pay as much as £170million to prise Kane away from Tottenham, but the north Londoners themselves would surely also rather see their top scorer move abroad.

Kane, 24, looks like he could be a major upgrade on current Los Blancos front-man Karim Benzema, who hasn’t been at his best this season with just two goals in his first ten games.

Real have a long history of spending big on glamorous signings, and Kane’s current form surely puts him in that world class bracket that would make him a very welcome addition in the Spanish capital. 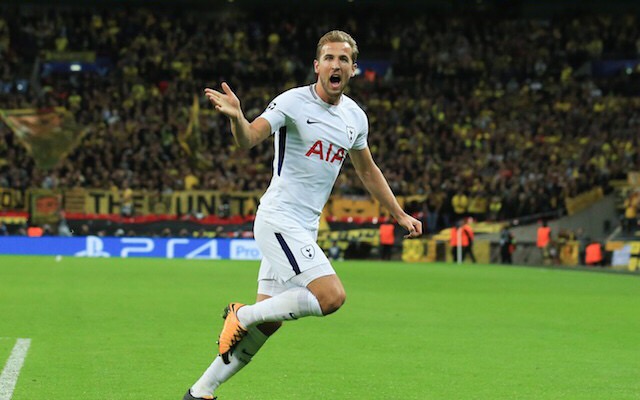 United, meanwhile, already have Romelu Lukaku in their ranks, with the Belgian making a fine start to the season since his summer move from Everton.

ESPN have also linked Jose Mourinho’s side with renewed interest in Atletico Madrid forward Antoine Griezmann, who would make a decent alternative to Kane in attack.