Tottenham sunk Champions League holders Real Madrid to a 3-1 defeat tonight at wembley with Dele Alli stealing the show. Spurs are now through to the last 16 of the Champions League with two games left to spare as the North London club sit on top of Group H.

Madrid’s pursuit of a third Champions League on the bounce was tonight derailed by an impressive Tottenham side who were lead by the talents of Alli after the young Englishman was sidelined with a ban for Spurs’ opening three European fixtures.

A double from Alli on either side of half-time gave Tottenham a deserved 2-0 lead before Christian Eriksen added a third on the 65th minute. Cristiano Ronaldo registered a consolation goal for Madrid ten minutes from time but it was too little too late for the Spanish giants. The Portuguese talisman appeared frustrated with his teammates all night and was seen shrugging in disappointment after Alli’s second. 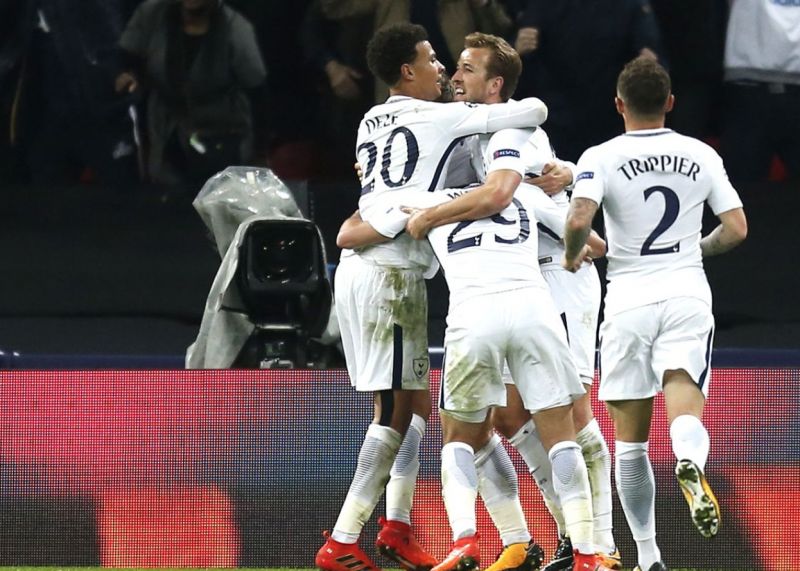 It doesn’t take a genius to work out that Alli was the star of the show tonight. Spurs have not exactly struggled without the young Englishman while he’s been serving his three game European suspension but his presence was certainly noted with the star proving the difference. Alli’s second goal of the night on the 56th minute personified his performance. The midfielder carried the ball into Madrid’s half with confidence with Real defenders backing off with fear before Alli fired a deflected shot from the edge of the box into the Madrid goal.

Sergio Ramos has so often come to dominate huge European nights but his performance at Wembley was certainly one to forget. The Madrid captain not only failed to command his backline but also disappointed greatly with his own individual performance. The star constantly backed away from stepping up to challenge Tottenham attackers allowing them plenty of space and was at fault for Alli’s second as the shot deflected off the Spaniard before spinning into his own net.

Fans and pundits were understandably impressed by Spurs’ performance. Just how far can the North London boys go in the competition?

Tottenham have replaced Arsenal on the world stage.

WOW WOW WOW GLORY GLORY TOTTENHAM HOTSPUR, What a night what a show, the boys were amazing, I WANT TO BE IN THAT NUMBER COYSSSSSSSSSSSSSS

This is the new Tottenham. Not just beating, but playing the world’s best off the park. And you know what? This is just the beginning #COYS pic.twitter.com/GWm3qdiqWx