An influential Manchester United star and one of Jose Mourinho’s favourite players has been spotted staying in a hotel close to Turkish club Besiktas.

Marouane Fellaini has been spotted walking around a Turkish hotel with a video surfacing online that suggests that the injured star could be using his time on the sidelines to negotiate a move away from Man United.

The video which can be seen below shows Fellaini walking around the lobby of his Istanbul hotel despite many expecting him to be in Manchester working on his fitness ahead of his proposed return date from injury. 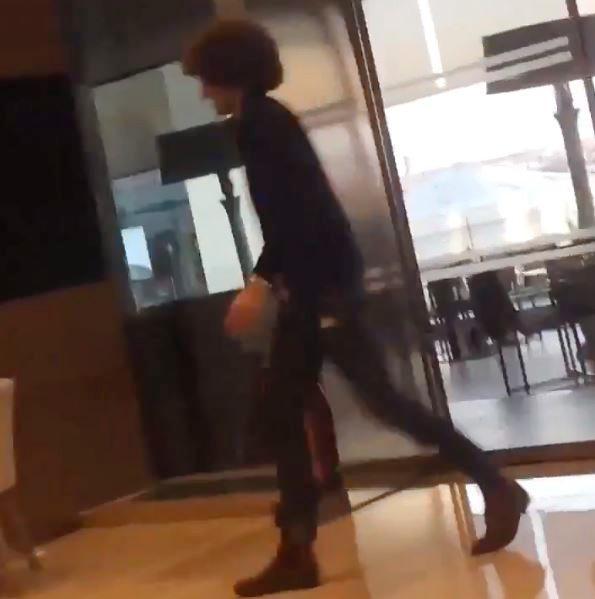 A report from The Sun today has suggested that the pictures could have extreme consequences with reported interest from three of the biggest clubs in Turkey including Besiktas, Fenerbahce and Galatasaray having all been linked to the Belgian United star since the summer.

Fellaini has had a turbulent experience at Old Trafford since David Moyes signed him from Everton for £27.5m in 2013 (Fee per the BBC). The star struggled to settle in to life at United but has earned the respect of Mourinho in the last year with the Portuguese boss often singing the praises of the imposing physical midfielder.

However, with the arrival of Nemanja Matic from Chelsea this summer for £40m (fee per ESPN) it is inevitable that Fellaini would become frustrated at having to once again fight for his place in the heart of Man United’s midfield. And, with this new evidence – perhaps the Belgian’s patience is starting to thin?