United could miss out on this top La Liga star.

One of Manchester United’s rumoured transfer targets has reportedly started negotiating a move away from his current club.

Unfortunately for the Red Devils, Jose Gimenez is said to be keen on quitting Atletico Madrid for a controversial switch to inner-city rivals Real Madrid.

Don Balon claim the Uruguay international has begun negotiations with Real over a move across Madrid, despite the Daily Express recently reporting that United boss Jose Mourinho was looking to bring him to Old Trafford.

United could do with an upgrade in central defence at the moment, despite some impressive showings from the likes of Phil Jones and Eric Bailly so far this season.

Mourinho does not have a great deal in the way of reliable backup for the pair, with the likes of Chris Smalling and Daley Blind filling in there on occasion, but never entirely convincingly over a long period.

Gimenez has long looked one of the top young defenders in Europe after his superb rise at Atletico Madrid, but he’s currently fallen behind in the pecking order under Diego Simeone. 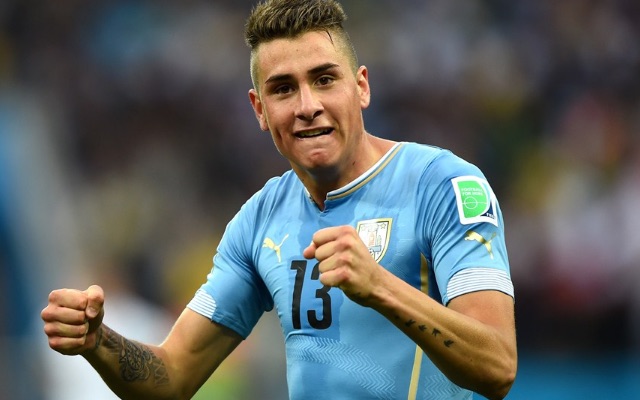 The 22-year-old is now said to be unhappy with his manager, with Don Balon claiming he’s ready to go behind the Argentine’s back and speak with Real Madrid.

The report claims Los Blancos boss Zinedine Zidane is interested in Gimenez as well, so United will surely have a battle on their hands to bring him to England now.

Gimenez is not the only Atletico player on United’s radar at the moment, with ESPN recently reporting that they would come back in for Antoine Griezmann next summer, while another report from Don Balon recently claimed they were also interested in Saul Niguez.